SUBJECT-VERB AGREEMENT is one of the most common mistakes that English learners make! It's so easy to forget that the verb form in English sentences changes, depending on the subject!
– I AM hungry…
– She IS thirsty…
– They ARE fighting…
– We HAVE been travelling
– It HAS been so long.
– She DOESN'T know…
– You DON'T know…

This English lesson will help you to review subject-verb agreement rules and fix your English grammar mistakes! 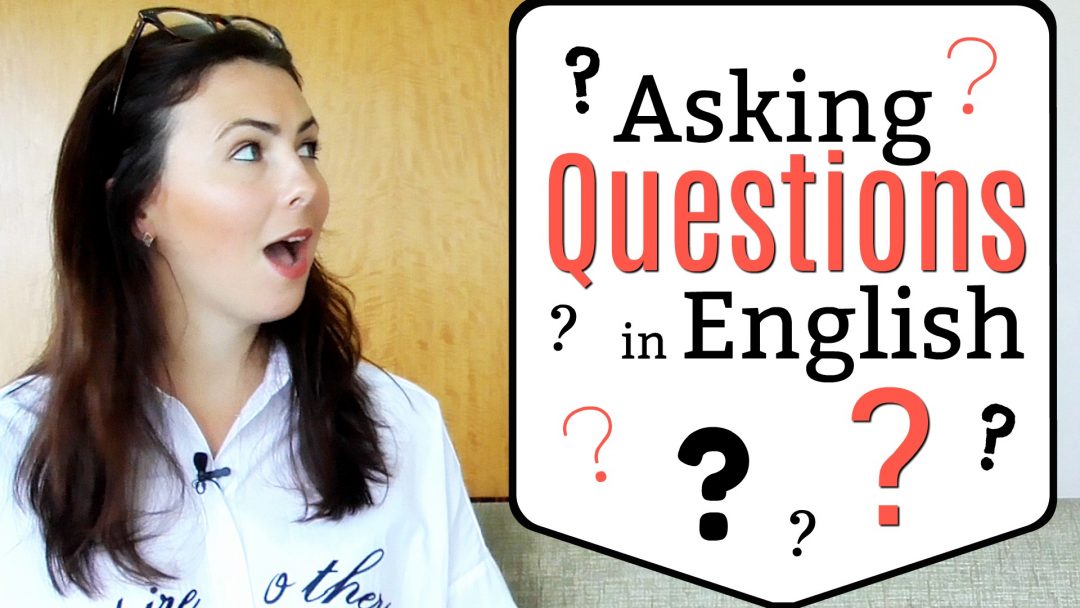 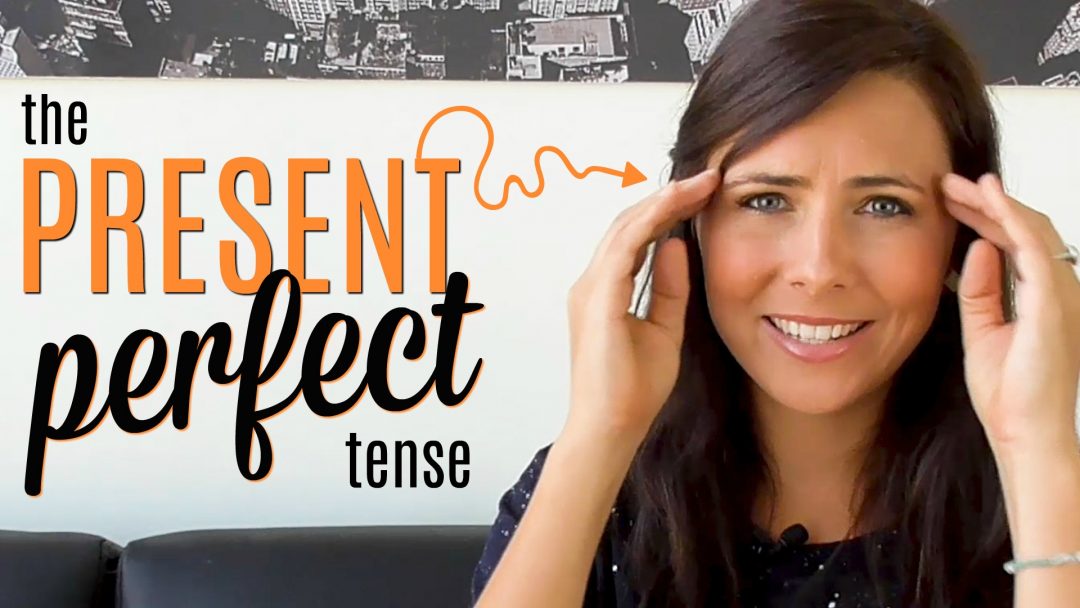 One of the most common grammar mistakes that English learners make is to do with the subject-verb agreement.

It's as simple as it sounds!

The subject and the verb in English sentences must agree. They must match.

We go to the beach on Saturdays.

If the subject is plural, you need to use a plural verb form.

He goes to the beach on Saturdays.

He goes. The subject is singular, so you need to use a singular verb form.

And this is true, most of the time!

Now, you might be thinking that you understand subject-verb agreement. It's simple, it's easy, right? But it's the first thing that many English learners forget! But don't worry, there are some simple standard rules that you can use to help you. But some aspects of singular and plural noun usage make this a little more complex.

So that's why I'm going to teach you some tips to master subject-verb agreement in English.

Before we start, I want to highlight that there are two main areas where subject verb agreement can cause you problems.

The first is in your writing. And it's important to know the subject-verb agreement rules and how to use them correctly so that your English writing is grammatically correct.

The other is your speaking skills. Now, perhaps you feel confident that you know how to match verbs to their subject but the challenge is making that clear when you're speaking. And sometimes, you might not even know this is a problem for you. The final consonant sounds are so important to communicating clearly. But for many English learners, it's not that easy to do. Pronouncing the difference between do and does.

Now if this sounds like you, then I want you to try and practise with me out loud during this lesson. Make sure you're hitting those final consonant sounds.

In the present tense, nouns and verbs agree in opposite ways. When your subject is plural, you usually add S to show that it's plural, right?

But when your subject is plural, you do not add an S to your verb.

Our noun, cars, is plural. Cars. Now our verb agrees with our subject.

Now compare this to: The car looks expensive.

When our noun is singular, our verb needs to include an S. In these examples, the noun and the verb agree in opposite ways.

But I can already hear you saying: “What about if your subject is I or you? They're singular subjects but they don't use the singular verb form.”

Both of these subjects are singular but the verb forms are different.

Now, if there is an auxiliary verb – a helping verb – in your sentence, like do or does in the present simple or am, is, are, was, were in the continuous tenses or have or has in the perfect tenses, then, you need to think about your subject-verb agreement because the auxiliary verb becomes the agreeing verb – the verb that agrees with the subject.

Now modal verbs like may, could, will, must, should, they're also auxiliary verbs. They help the main verb in the sentence but the subject verb agreement rules are different with modal auxiliary verbs. The verb following a modal verb is never in the S form. It's always in the infinitive form.

Now, English sentences are not always this simple, are they? As you add more information to your sentences, they become more complex and it might be difficult to know whether your noun is singular or plural. But just remember that the same structure and rules apply.

Do you know what an indefinite pronoun is?

Everybody wants to be loved.
Nobody likes to be left out.

Now the subject of English sentences can be a little more complicated with compound subjects. Group nouns and relative clauses. Look at this sentence.

My mum is happy for me.
My mum and dad are proud of me.

Two singular subjects joined by “and” means that your subject becomes plural and now your verb needs to show this. It's the same as saying that they are proud of me.

So we can say that two or more singular subjects joined with “and” become a plural subject and they need a plural verb.

Now look at this sentence.

Peter or Paul is coming.

Now in this sentence, the two singular subjects are treated as a singular subject because “or” gives us an option. We're not saying both. It's one singular noun or the other. Not both of them together. We would say:

Peter and Paul are coming.
or Peter or Paul is coming.
Playing football is fun.


Now the same rule applies for gerunds and gerund phrases. When gerunds are the subject, they take the singular form of the verb.

Waiting for the bus is annoying.

But when they're linked by “and” they also take the plural form.

Meeting friends after work and going to the beach are my favourite things about living here.

Okay, so what about group nouns? Single nouns that are actually groups of people or things.

They can be either singular or plural, depending on the meaning of an individual sentence. This is because they can describe the individuals in the group and since there's more than one, it must be plural. But it's also possible to use these nouns as a single group when you're referring to the group as a whole. Then they're singular. So they can be a little tricky! For example:

The team is organising the event.

So this is referring to just the single unit, it's a singular noun. So we need to use the singular verb.

The team are meeting today.

So the members of the club are meeting together. Using the plural form of the verb.

The teams are meeting today.

So when used plurally, this means that there are many of the individual group nouns. There are more than one team or family or a club. And don't forget that some nouns look like plural nouns but they take a singular form. For example, news. It seems plural because of the S but we need to treat it as a singular noun. You need a singular verb.

The news is interesting.

Of course, any uncountable noun is treated this way too.

Okay let's keep going! We're getting a little more complex now. Sometimes, the subject is tricky to find in English sentences. It's not always before the noun. Subjects and verbs change positions in English questions so you need to make sure you identify which is the subject before you choose the verb form.

In this sentence, “the steps” are the subject and the verb is “are” because it's plural.

There are many plants in your garden.
There is a plant in the bathroom.

Look at this sentence. The car, which belongs to my brother, is not very clean.

Relative clauses can make it difficult to locate the subject and the verb. Noun phrases also make this difficult, where a group of words act as a noun.

The new features of the car are impressive.

“The features” are the subject. It's plural, so it needs a plural verb. The more complex that your sentence becomes, the harder you need to look for the subject and the verb and make sure that they agree.

That was exhausting, wasn't it?! You might need to go for a walk now to let all of that sink in or watch again. I'm sure that some of this lesson was good revision for you, but perhaps you learned a few new things about subject-verb agreement, too. I hope so!

If you love this channel and you enjoy my lessons, please subscribe just here and let me know in the comments what type of lessons you'd like me to make in the future.

And keep watching this playlist! This playlist here will help you to practise your pronunciation and learn more about silent letters in English. And in this lesson, you'll be able to try out one of my English imitation lessons for free!

So I'll see you next week for another mmmEnglish lesson! Bye for now!