5 OF THE MOST COMMONLY USED IDIOMS IN ENGLISH!
Practice with me and listen carefully for my biggest tip to help you learn and remember English idioms!

The English idioms in this lesson are:

A BLESSING IN DISGUISE – used when something seems bad or unlucky at first but results in something good happening later.

THE BEST OF BOTH WORLDS: used when you can enjoy the advantages or the benefits of two different things at the same time.

GIVE SOMEONE THE BENEFIT OF THE DOUBT: when you trust what someone is telling you, even though your not sure if it is true.

OUT OF HAND: When a situation is not under control.

These essential English idioms will help you to understand more conversations AND help you sound natural and confident when speaking English! 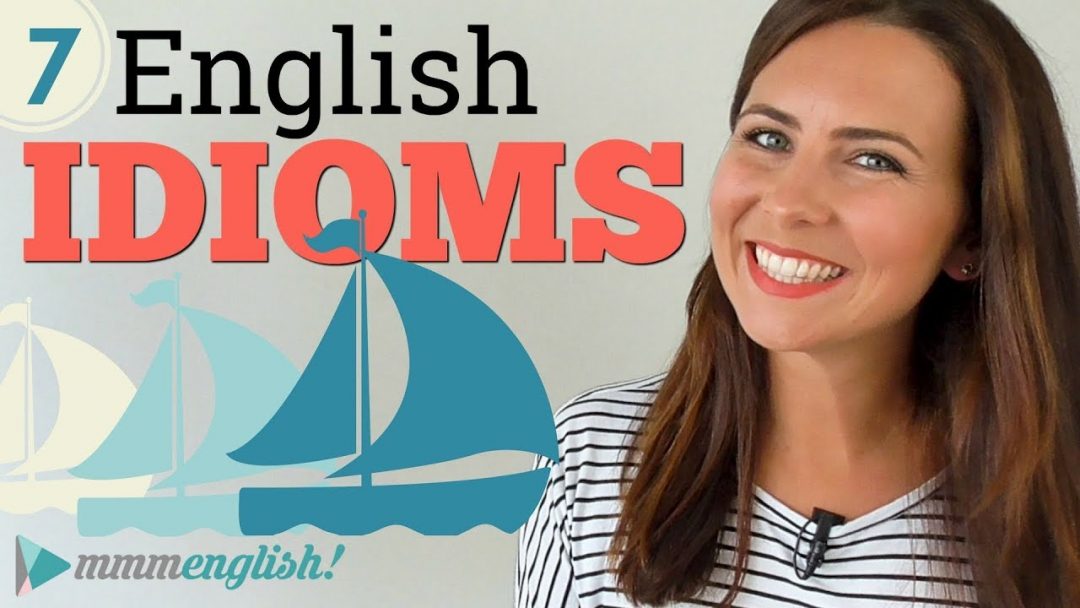 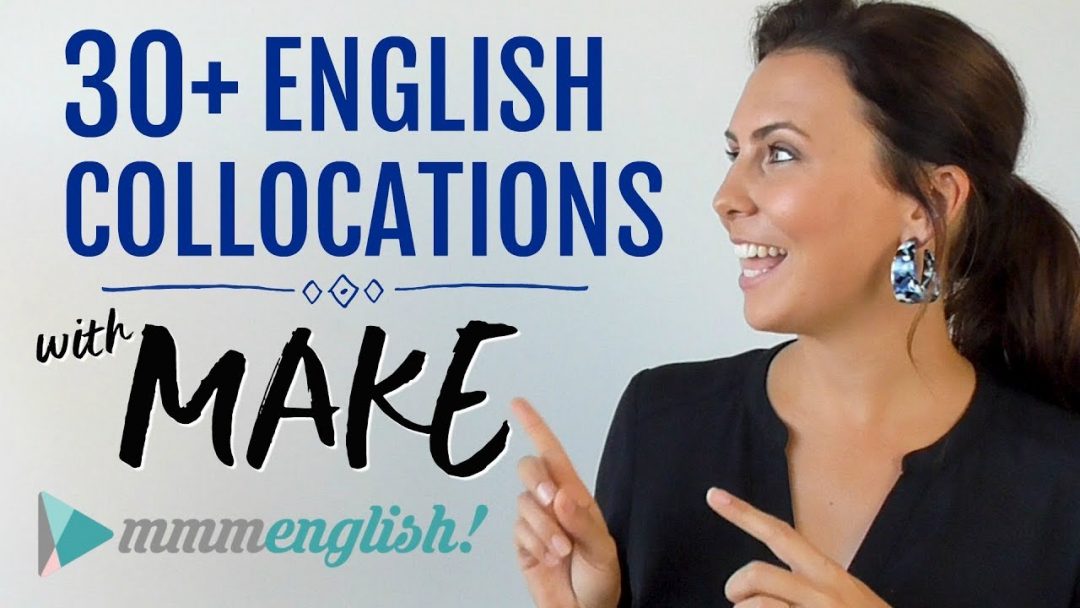 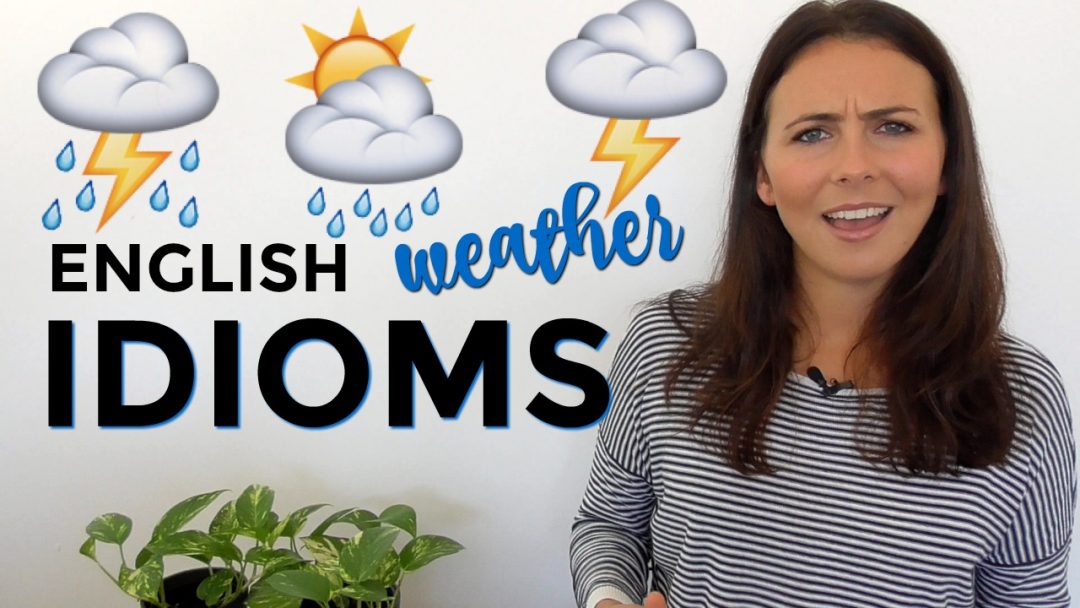 I've made several videos about English idioms and it's because they're a really important part of English. They're expressions that come up all the time in both written English and spoken English, in formal and informal conversations. When used correctly, especially in an English exam, they show creativity and they demonstrate a control over the language.

Now, most idioms don't make a lot of sense, literally. Often you can't just look at the words  and try to guess the meaning. The meaning is often something completely different to the individual words in the idiom.

So you need to learn the meaning of these idioms separately which might sound like more work and it might sound stressful, but I've got a really great tip to share with you today to help you remember these idioms and to start using them more in conversation. So, you ready?

This is the advice that I give all of my students. When you hear a new idiom and you learn the meaning, think about a situation in your own life where the meaning of this idiom is relevant.

a blessing in disguise

Okay, so to help you remember this idiom (and this is something that you should do every time you learn a new idiom) is think about how it relates to you.

Think about an event or a moment in your life, where something happened that seemed bad at the time but it resulted in something good happening later. So let's use an example to explain.

She was really upset about it at the time but a few months later, she got an opportunity to volunteer with an aid organisation in Africa. So she though ‘Why not?'

She went out and went on a big adventure . But she loved the work that she was doing there, helping refugees to apply for visas so that they could start new lives in other countries. And she was really good at this job, she instantly found her true passion in life. So over time, she was promoted within the organisation and now she's the CEO!

So, when the university didn't accept her for the degree in medicine, that was a blessing in disguise because she probably would never have found her true passion if she just went to university and studied medicine like her parents wanted.

Now, can you think of an example from your life where this idiom is relevant? I want you to write it down because this is going to help you remember how to use this idiom. And you can write your sentence in the comment under this video if you want me to check it for you.

the best of both worlds


So this idiom is used when you can enjoy the advantages or the benefits of two different things  at the same time.

My mum used to live in the city, it was closed to her work and she loved going to the theatre and galleries in her free time. But now that she's retired, she's moved to a small town by the beach and she really loves it. It's quiet, it's peaceful and she's got some good friends there.


But she misses going to the theatre and seeing shows every week, like she used to. It takes her over an hour to drive to the city so she doesn't go there very often now. But recently, my mum bought a small apartment right in the middle of the city. So now, she's got the best of both worlds – the peaceful, relaxing beach lifestyle, but then when things seem a little quiet, she can drive to her apartment in the city and see some shows and visit the gallery. She's got the best of both worlds.

So what about you? Can you think of a situation in your life where this idiom is relevant? A time when you had the best of both worlds. Again, tell me about it in the comments, I want to read it!

give someone the benefit of the doubt


Now if you ‘give someone the benefits of the doubt', you trust that they're telling you the truth, you assume that their behaviour is honest and correct, even though you're not certain that it is.

I don't know if you know this about me yet, but as an English teacher, I can be a massive pushover. I always want to believe that my students are telling me the truth. So when I first started teaching, I was working at a university in Melbourne and my students were all international students who had to pass an exam before they were accepted into their university courses, so the stakes were really high. If they failed, their visas would be cancelled and they would be sent back to their home country. So many of the teachers – my colleagues – were very tough on their students, if they handed in their assignments late, if they didn't arrive to class on time. But if my students had a good reason why they were late then I believed them.

I remember one guy, Paulo, arrived an hour late for class and he told me that he had locked his keys inside his car. That was his reason. And I was a little suspicious at the time because his hair was all messy and he looked a bit sleepy. But I gave him the benefit of the doubt. He was a good student so I wanted to trust him, even though I wasn't sure if he was telling me the truth. I found out later that he was, so I was glad that I'd give him the benefit of the doubt.

Okay, your turn! Think of the time in your life when you gave someone the benefit of the doubt, where you accepted that they were telling you the truth, but you weren't a hundred percent sure about it.


When a situation is under control, this idiom is a good one to remember. It often relates to arguments and behaviour. So if a situation is out of hand, it's not being managed well and it could cause some problems for you, then you can use it.

So for example, my nephew, he had fifteen friends come to his sixth birthday party last weekend and we planned some party games to play. I had three prizes to give for the winners. So when I gave out the prizes, two kids who didn't get a prize started crying uncontrollably and another tried to take a prize off the winner. So things got really out of hand, so I quickly had to give out some chocolates to help keep things under control.

Maybe that's not the best example.

Okay so during the celebrations last night, things got a little out of hand. Paul broke a window by accident, they were all drinking a lot and I tried to stop them before things got out of hand but I wasn't quick enough!

Your turn! Can you think of an event or a situation in your life where things got out of hand? You know, they got a bit crazy.

time flies when you're having fun

It tells the listener that you're surprised by how quickly time's gone by and it's the perfect idiom to use when you get to the end of a speaking exam and your examiner says “Okay, that's the end of your speaking exam!”

You can impress them and show them how much you were enjoying yourself by saying “Really? Gosh! Time flies when you're having fun!”

And actually, this idiom is often just reduced down to ‘time flies!‘

If you're in a meeting with some colleagues, for example, and someone says “It's 3.15pm already! Our meeting's run over time.” You could say “Oh, really? Time flies… I've got to go. I'm late for my next meeting!”

It's just a casual way of saying that the meeting was interesting and you didn't notice how quickly time went by. But it's a positive expression so don't use this idiom if you're frustrated or annoyed that the meeting ran over time,

And yes, time does fly! We are coming to the end of another lesson but the five idioms in this video are very common. You'll hear them often in movies, you'll read them in books, you'll hear them in conversations and you can be confident using any of them with native English speakers because people use them in all English-speaking countries. They're really useful ones to learn.

Don't forget to practise using them in the comments below this video, I'll try to check them for you so I can give you some feedback.

So keep watching more mmmEnglish lessons right here and make sure you subscribe to the channel! Never miss an English lesson here again! Subscribe! That red button down there!

I'll see you again next week. Bye for now!