Keep making grammar mistakes? Ever considered studying English at an ONLINE school? Lingoda is the best online school out there. Use this link and voucher code to get 25% OFF your first purchase!
👉 http://bit.ly/EmmaLingodaMay ⭐️ Voucher code: EMMA1

You JUST HAVE TO STOP making these three grammar mistakes… Really! They are so common! My English students make them all the time… And you know why? Because…
NOBODY EVER TELLS THEM!

So, get ready my friends! In this English lesson, we are going to go back and break some bad grammar habits, ones that you have been carrying around with you for years! 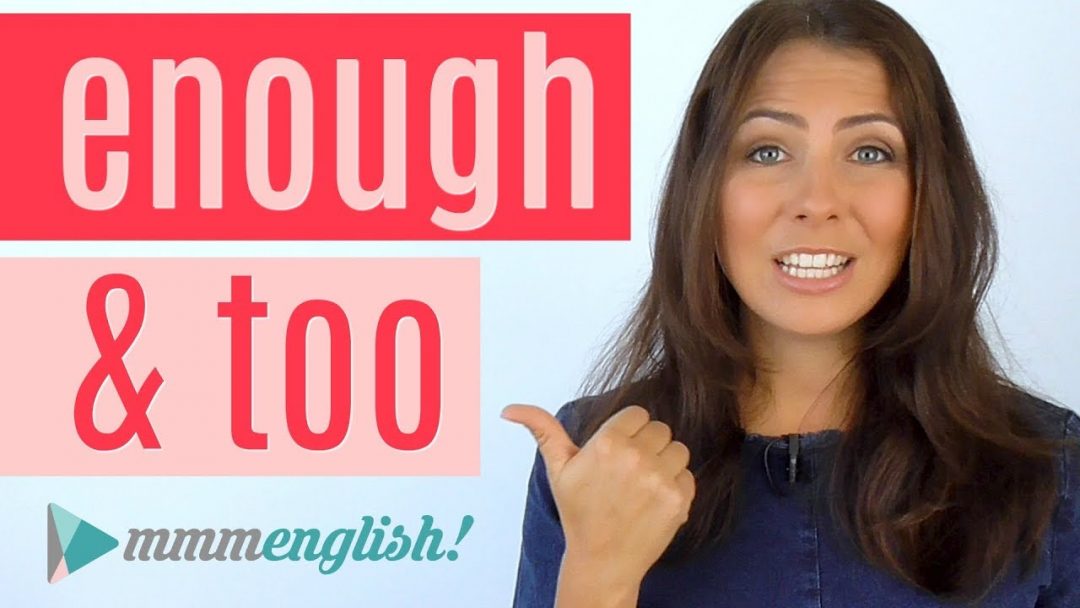 Video Transcript
Section 1′
This video is one that I've been meaning to make for a long time. There are a few really common mistakes that my students keep making. Obviously nobody is telling you so how else are you supposed to correct them? I'm Emma from mmmEnglish and in this lesson, I'm going to share three really common grammar mistakes that you need to stop making so don't go anywhere.

I've been teaching English for many years now. I've taught students online, in classrooms and in so many different countries around the world. But there are some really common mistakes that I keep hearing my students make all the time. And they're not even bad mistakes, they're just bad habits that you've learned really early and you've just never gotten rid of and I'm really curious to find out if you make the mistakes that I'm sharing in this lesson too. It's really difficult.

In fact, it's almost impossible to know what mistakes you're making if nobody tells you right? So you're completely forgiven, it's not your fault. It's just that nobody tells you that you've made a mistake. Native speakers just think in their head: ‘No they mean that.' but they never say anything to you.

But it's all good, today we're going to sort all of this out. Now one of the best ways to even realise that you've been making mistakes in the first place is to spend some time with a native English teacher, not a native English speaker. They're not going to correct these kinds of mistakes for you. But a teacher can and this is really easy to do if you go to English classes at a language school, right? But then you've got to go all the way to those classes, do the classes, come home again. It's really time-consuming and it's hard to do that intensively.

Well this is exactly how I felt when I became a Lingoda student. I just didn't have time to go to a language school but Lingoda really is just like going to a language school but all the classes are online. I still get native teachers, I get workbooks with every lesson to help me prepare for classes and review them afterwards. I get certificates as I increase my skills from A1 to C2, I get to hang out with classmates but it's way more flexible. I don't have to travel, I can do it from anywhere.

If you want to try Lingoda for yourself, you can grab a free trial from their website but they're offering mmmEnglish students twenty-five percent off their first package of lessons. So if you want to make the most of that deal, then use the link that's in the description and this voucher code.

Guys, Lingoda really is not that expensive. I'm pretty sure that their classes start from around eight euros. And yes, Lingoda are a sponsor of the mmmEnglish Channel but I'm also a paying student of theirs myself. So I can confidently tell you that studying with Lingoda is like going to a language school but I think it's even better because it's flexible and you can take your classes whenever it suits you.

These words are not interchangeable, right? ‘Fun' and ‘funny', they're both common English adjectives but they mean two quite different things. Seriously, they're really different.

When you use ‘fun' as an adjective, it means enjoyable and entertaining. We use ‘fun' to talk about situations and events and people and activities when they help us to have a good time. So the opposite of ‘fun' would be dull, boring, right?

But the meaning of ‘funny' is very different, right? We use ‘funny' as an adjective in two ways, most commonly to describe situations or even people that are humorous, alright? People or situations that make us laugh. And the second meaning of funny is to describe something as a little weird or a bit strange, odd. So you could say:

But you could also say: Paul is funny! Like a little weird.

Now the problem that most of my students have is that they use ‘funny' instead of ‘fun'. Remember, the meaning of these two adjectives is completely different.

It sounds funny if my students are using funny instead of fun!

Describing a party as fun means that I had a really good time, I enjoyed myself. Maybe I was dancing, maybe I was playing board games. I wasn't bored.

Now if I describe a party as funny, then it means I laughed a lot. Maybe something happened that was really quite humorous or it means that the party was weird, strange. Maybe everyone wore an eye mask the whole time and you couldn't see anyone or anything that was going on. That's weird!

Alright I'm going to do a little quick test before we move on, ‘fun' or ‘funny'? Okay?

Now describe your friend who always tells great jokes and makes people laugh. That person is funny. Okay? You got it. One more.

Last weekend I went out on my friend's boat. We went swimming. We went fishing. The weather was really, really good. Fun or funny? Sounds like an enjoyable day, right? It was fun.

So do you think that you can remember the meanings of these words to make sure that you don't sound funny or funny when you use them. Try writing a sentence in the comments so that you can practise using them correctly and make sure you're not using it in the wrong way.

This apple is too juicy.

Okay, ‘too' can mean also. ‘I like it too' means I also like it. But the mistake that I'm talking about when you use ‘too' is to add emphasis.

Now it's a mistake to think that ‘too' is a synonym for very, really or so okay? ‘Too' does add emphasis but it means excessive, a higher degree or amount than you actually want or you need, so it's a negative thing. It's more than what you want.

So when I said that my apple was too juicy, that sounds negative like there is more juice than I really want or I like. So I could use very, really or so if I wanted to make that adjective stronger.

Be careful, that pan is really hot!
I'm so excited to finally see the show!
The test was very difficult for the students to complete.

So here, none of these words have a positive or a negative meaning. They're just there to give extra strength to the adjective that they modify. We can say that something is hot but really hot is even more hot or we can say that she's excited but we can say she's so excited, alright? To increase the meaning of that adjective.

Now I know what you're thinking, ‘too' also means a lot. But it has a negative meaning. So too much of something is a bad thing.

She was too anxious, and she started to panic.
The test was too difficult, none of the students passed.

So we're saying it's too difficult means that it was more difficult than it should have been. It needed to be easier.

too much money
too much time off work

Now surely having too much money or too much time off work is a good thing, right? But by using ‘too' we're suggesting that there's a negative thing, a negative aspect.

Too much time off work could mean that you're getting lazy. Too much money, maybe you don't care as much about the people around you, right?

Using ‘too', it's an important difference that you need to recognise and I go into even more detail about using ‘too' in this video right here so if you want to keep practising with me, that way!

Don't call yourself boring. When you say that it means you're not interesting, that you make other people feel bored, that you're really quite dull. What you should say instead is “I'm bored”. Alright? When you've got nothing going on, when there's nothing interesting happening around you. This is just a temporary feeling.

By saying that you're boring, you're talking about your personality generally, right? We don't want to do that. Don't confuse this. It's a really common mistake that English learners make and it's not just about the adjective ‘bored' and ‘boring' but it's about any adjective that has an -ed and an -ing form. There's a really important difference between them.

So let's go through a few examples together to test this. I want to describe a situation that was full of energy and it made me feel great. Was the situation exciting or excited?

The situation was exciting.

I can't say excited because a situation can't feel anything.

Okay one more before we wrap up today.

I want to describe an exam that was difficult for me to take, okay? Which one?

The exam was confusing.

Remember that an exam can't feel things so it has to be confusing, right? The confusing exam made me feel confused.

If this is a little tricky for you, don't worry I've got a whole lesson on -ed and -ing adjectives right up there so you can check that out next. So I want to know and be honest, do you sometimes make these mistakes? Tell me in the comments. I hope that you learned something new and something useful in this lesson today. To practise, I really would love you to write a sentence to prove to me that you watched and understood everything clearly. Write one sentence for each of the three mistakes that I talked about today and I'm going to come down and check them out in a minute.

Now if you've got a friend who's learning English and you think they could really benefit from watching this lesson, then please share it with them. These mistakes are so, so common but we just have to help each other to realise that. Don't be embarrassed about it, just try and fix them, okay? Try and break these bad habits. Alright I hope that you've already subscribed to my channel but I make English lessons here every week so if you haven't, make sure you do.

And for you, I really recommend that right now, you head over and check out one of these two lessons here so that we can keep practising together. I'll see you in there!