Are you pronouncing English numbers correctly? Are people confused by the numbers you say? Let’s review how to pronounce English numbers clearly and naturally, so people can finally understand you!
Practice your English pronunciation with me in my imitation lessons! 👉 http://bit.ly/mmmEnglishImitation 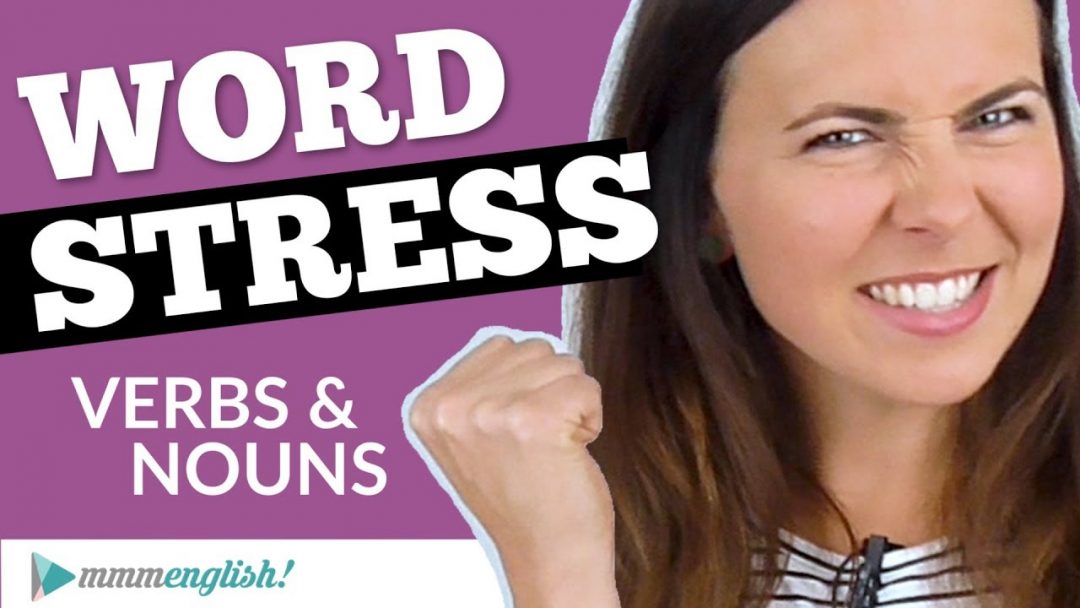 Video Transcript
Section 1
Hey I'm Emma from mmmEnglish! Now I know you learned English numbers way back at the beginning, when you first started learning English, right? But did you learn how to pronounce them correctly too? English numbers can be difficult to pronounce. Some of them have some pretty crazy consonant clusters.

Getting your pronunciation right in English takes practice. For certain sounds that are difficult for you, you literally have to train your mouth muscles. You need to take them to the gym for a daily workout and one of the best ways to do that is daily imitation practice, so copying or imitating the sounds that a native speaker makes. It helps you to relax your accent and communicate more clearly when you speak. And doing this daily will help to improve your overall pronunciation and expression.

The mmmEnglish Imitation courses are available right up here and also in the description below.So if you want to check them out go for it.

So let's keep it simple first.


Now the pronunciation of many of these numbers is pretty straightforward but I want to highlight and practise some of the tricky ones. We want to get the basics right first. Now some of them might be a little difficult for you because the particular sounds in them are not so common in your native language. And as with any strange sounds, you just need to get a little practice to help your tongue to feel more comfortable.

That consonant pair /f/ and /v/ have exactly the same mouth position but one sound is voiced, the other is unvoiced. And that vowel sound between them is the I vowel sound. Don't forget that consonant sound at the end. My Vietnamese students, especially.

Now the tricky part here is that double consonant sound at the end of the word. /k/ and /s/

Now with two syllable words in English, there's always a primary stress. So here we need to put our stress on the first syllable. The second syllable reduces right down to the schwa sound, it's very short and low in pitch. Some native speakers won't even include that schwa sound, they'll just jump from one consonant sound to the other.

Alright those are the tricky ones. Let's practise one to ten again.

Alright it's time to move on to the -teens now.

Now ‘eleven' rhymes with ‘seven' so that's the last syllable pronounced in exactly the same way. But notice that the middle syllable is the strongest.

The E on the end is silent so we don't hear it at all but there are a couple of tricky consonant pairs here. At the start we've got /tw/ then we need to add the /v/ sound at the end. Now the /lv/ consonant cluster is not very common in English so if it's tough for you, don't feel bad.

For thirteen to nineteen, the second syllable is the strongest. The -teen is always stressed.

So again we've got the unvoiced /θ/ sound. And the /ɜː/ consonant sound. So in my Australian accent, the R is silent. In American accents you'll hear that R. You won't hear it from me. You may also hear the T in the middle sound a bit more like a D when native speakers say it. This happens a lot in America and Australia, especially when the T is between two vowel sounds. So you might hear ‘thirteen' or ‘thirteen'.

Now a lot of those pronunciation rules apply for ‘fourteen' as well. Again, you don't hear the R in my accent. And the T can sound like a flap T.

You know with all of these -teen numbers, it's so important that you pronounce the final consonant sound. Why? Because without it ‘fifteen' can sound a lot like ‘fifty'.

It's confusing so make sure you include the /n/ sound. The others are really simple. You just need to add -teen to the end of the number.

Depending if you use the flap T or not. It's more common to hear the flap T here because it's between those two vowel sounds.

Alright let's go through them all together one more time before we move on.


Alright let's take a look at this set of numbers now.

It cost only twenty bucks!

Now the good news is that these numbers all sound very similar to the last group. It's just that the ending is slightly different but because the difference is only a small one, these words are really easy to confuse. So I want to practise them with you.

It's really easy to confuse ‘thirteen' with ‘thirty'. Okay? So in ‘thirty' the last syllable, the vowel sound is a little shorter than ‘thirteen'. Right? But again it's really common to hear that flap T sound.

Can you hear it? And check out the spelling here. Can you notice the difference? You've really got to keep that in mind. Little spelling errors.

Notice the pronunciation change here, we've got five, fifteen and fifty. So that vowel sound gets a little shorter.

So check out the IPA symbols here just to show you what sounds are actually needed to pronounce this correctly. That last syllable is very short and very fast.

Can you hear that flap T sound when I say it? You'll also hear ‘eighty'.

Alright now let's put all of this together, right? When you see the numbers on the screen right here, I want you to say them out loud where you are, where you're watching, then compare your pronunciation to mine.

Okay time for a very quick break and a chance to rest your tongue for a moment but don't go anywhere we're about to practise ordinal numbers.

She won the marathon, she came first.
The second thing I want to mention today is..
This is the fifteenth time I'm telling you to be quiet.

Ordinal numbers are tricky to pronounce because what makes them ordinal numbers is we actually add a bunch more consonant sounds onto the ends of each word. And if you didn't notice already, consonant clusters or groups of consonants together in a word are really quite difficult to pronounce.


So we have the ER as in ‘her' vowel sound and the /st/ consonant cluster. So it's the same for ‘twenty-first' or ‘eighty-first'.


So the stress is on the first syllable and the second one is unstressed so the vowel sound reduces down. That second syllable is very quick.

Now we get to the tricky ones, right? All of the other ordinal numbers end in a -TH. The unvoiced TH sound and if that wasn't hard enough already, this creates some crazy consonant clusters at the ends of some of these words. But we'll start easy with my accent.


‘Four' ends in a vowel sound so we just add the TH sound after it.


Not too hard, right? It's a little harder, we've got the unvoiced /f/ and the unvoiced /θ/ Both of those sounds are made with air blowing out but you need to change the position of your lips and your tongue. Watching.


So we've got three consonant sounds in a row here. Pretty tough! Now they're all unvoiced sounds and so they're made by pushing air through your mouth.

The thing that you need to pay attention to is what is happening in your mouth and where are these sounds happening. The /k/ is at the back. The /s/ is behind your teeth. And the is /θ/ at your teeth. Okay so we're moving all the way through the mouth to make these sounds.

That TH sound at the end, it doesn't have to be super strong but you do need to make your tongue just pop through your teeth a little.

So make sure you don't slip a little tiny schwa sound between that /n/ and /θ/ sound. I know it's tempting but try and keep those consonant sounds together.

So can you hear that stop T sound at the end of ‘eight'? Before I make the TH sound, I'm not saying ‘eightf' but ‘eighth'. Check the spelling too, it's a little tricky. Don't spell it like ‘eight' with another TH. We just have ‘eight' with a H on the end.

It's the twenty-ninth of June.


Now again, just like ‘seventh' and ‘ninth', we've got the /n/ and /θ/ consonant cluster here.

This is his tenth visit to Bali.


So here again we've got the /n/ + /θ/ consonant cluster. It's definitely worth practising that one, right?

We'll arrive on the eleventh of August.


Oh my God look at this word! It's crazy! Five consonant sounds and only one vowel. That means there's only one syllable. So let's break it down a little. We've got the /twe/ or /twel/ group of sounds just like from ‘twelve'. There are a few more consonant sounds to make, right?

So we're moving the tongue and the mouth through those different sounds but start to bring them together.

It's the twelfth of May.

Alright, now it's time to test your pronunciation skills. You'll see a number up here, it'll be an ordinal number. I want you to say it out loud before I say it so that you can check and compare your pronunciation to mine. Ready?

I've got to be honest with you, we really don't make it that easy for you, do we? There are some subtle pronunciation changes and some changes to spelling, some crazy consonant clusters, it's almost like it's designed to make you mess up and make mistakes, right?

I make English lessons here on the mmmEnglish YouTube Channel every week. Make sure you subscribe by hitting that button right there and check out some of these other lessons right here. See you in there!