10 Advanced English Adjectives to help you expand your vocabulary, improve your pronunciation and express yourself in more interesting ways! I’ll teach you to use these impressive English words (and pronounce them accurately too!) 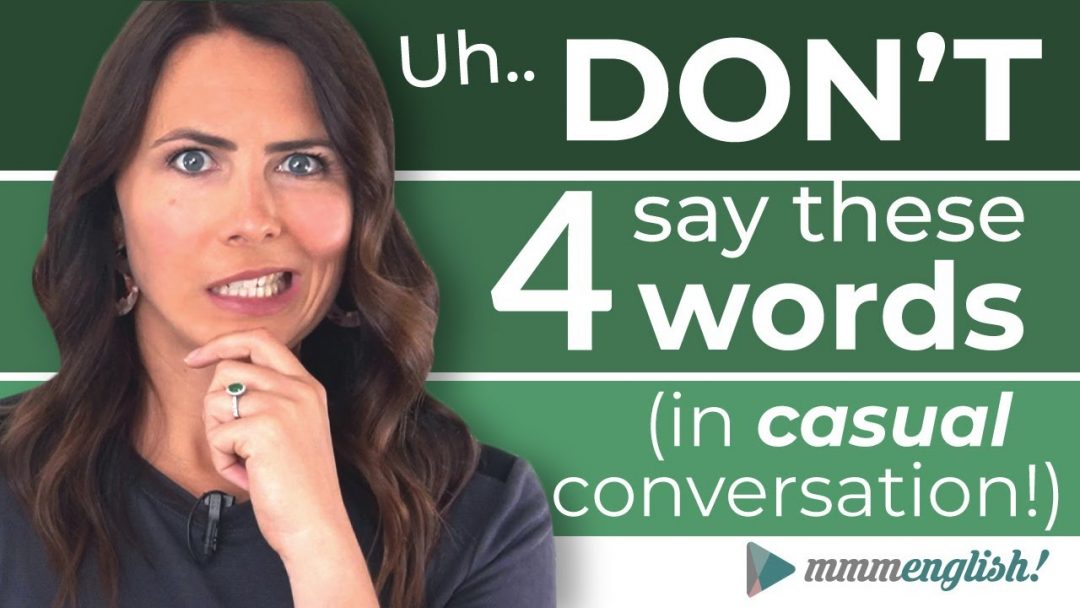 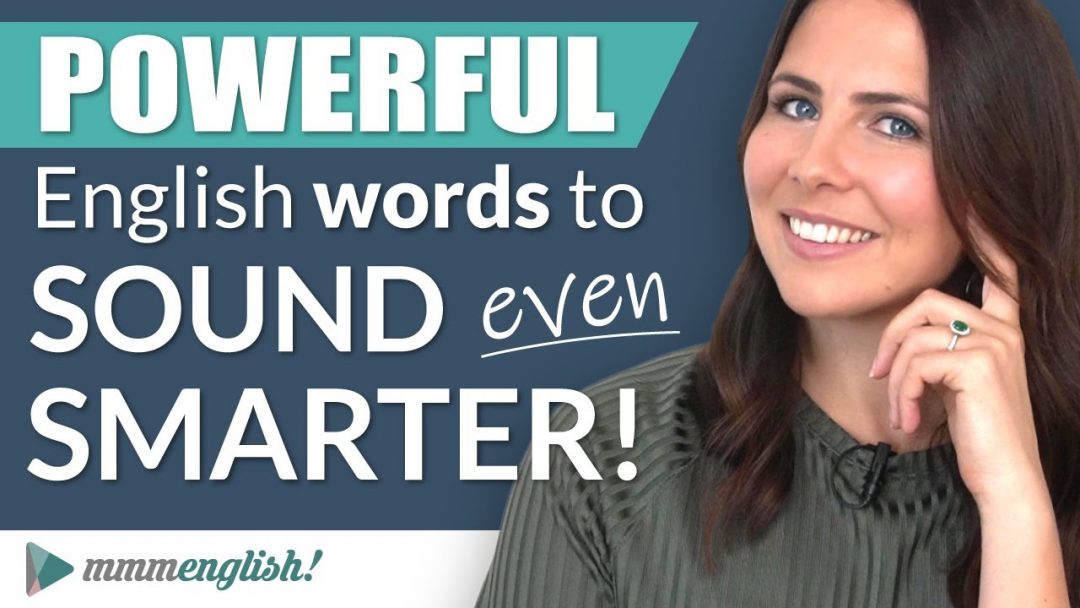 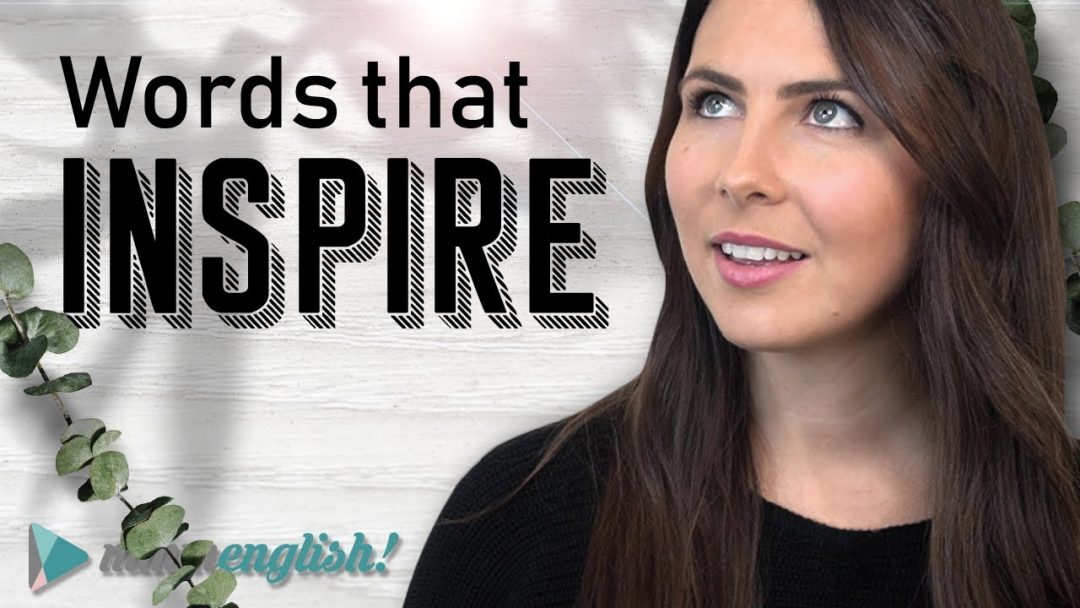 And I want to do that for two reasons. Firstly, to help you expand your vocabulary and help you to express yourself in interesting ways but also because these advanced English adjectives can be quite tricky to pronounce. They have several syllables, consonant clusters and quite a few different stress patterns.

So today I want to show you how you can use these adjectives correctly and accurately so that you can sound more sophisticated when you speak in English.We've got ten adjectives to get through so let's just dive straight into this lesson and get started.

Our first adjective is ‘explicit'. Say it with me. Explicit. There's a really tricky consonant cluster in there. Explicit. So the stress there is on the second syllable but all of the vowel sounds are short. Now if something is explicit, it's said or it's explained in an extremely clear way like you can't doubt what the meaning is if it's explicit.

Now you often see it being used when people are giving instructions or warnings or even threats so it's quite serious, this word.

He gave explicit instructions to turn the gas off after an hour.

As with many, many English adjectives we can add -ly to the end of this one to create the adverb ‘explicitly'.

I explicitly told you to stay in this room until I returned.


Hear that stress? Exponential. We use this word to talk about growth. When something is growing or it's increasing really, really quickly, we describe this growth as exponential.

We've seen an exponential increase in greenhouse gases in the atmosphere over the past twenty years.

Now again, the adverb ‘exponentially' can be used to modify a verb.

That means they increased rapidly or really, really quickly. Now I want you to think of a way to use this word in a sentence yourself. You could choose either the adjective or the adverb but I want you to write it in the comments below so that I can give you some feedback and help you to increase your English skills exponentially.

Now although this word is quite common, it's also quite commonly mispronounced, especially as an adverb. Specific. The stress is on that middle syllable.

There are specific areas within the festival where children are not allowed.
For specific instructions, please refer to the guide.

Now we can use the adverb ‘specifically' to express very similar ideas. Specifically.

They bought the land specifically to establish a vineyard.
Please answer the questions as specifically as you can.

So we know that adding -ly to an adjective to create an adverb is a really common pattern in English. It happens all the time but when an adjective ends in the sound like ‘specific', we don't pronounce the syllable before the -ly and there's lots of examples of this:
– Realistically
– Strategically
– Logically

They're all pronounced in the same way just like ‘specifically'.

That's another tricky consonant cluster. Colloquial. Now you've probably heard me or another English teacher using this word before because it's related to language and it shows that a word is used in an informal conversation rather than in formal language or in written English.


Listen to the stress pattern there. Our first syllable is stressed and the last one is unstressed. Delicate. You hear that schwa sound in the final syllable. It's ‘delicate'. And we also use the adverb ‘delicately' as well. Now these words, they have quite a few meanings but it's often used to describe flavour or smell or color that is really pleasant and not too strong. So we could say:

The flavours of this dish are quite delicate.

Now we also use it when something is done in a really careful way so that it's not damaged.

He placed the fruit delicately into a box.

But we also use it when something is done in a careful way so that people are not upset or annoyed.

We need to handle this situation very delicately.


I love this adjective. Can you hear where the stressed syllable is? Coherent. It's that vowel sound in the middle. Coherent. So when something or someone communicates in a really clear and sensible way that people can understand, that's coherent.

The minister offered a clear and coherent explanation for the tax increase.

The opposite is ‘incoherent'. We could say:

The email that he sent was poorly written and quite incoherent.

We want to make sure that you are very coherent when you're using English.


So the first syllable is stressed and the other two reduce down to become the schwa sound. Eloquent. And just like ‘colloquial', this adjective is related to language, okay? It's used when someone expresses themselves really clearly and effectively. And almost beautifully.

She gave an eloquent speech at the gala dinner.
He spoke eloquently about his journey of personal development.

Now ‘exquisite' means that something is extremely beautiful and delicate.

We bought an exquisite hand-painted bowl from Japan.
Her necklace is exquisite.

Do you own anything that you could describe as exquisite? Let me know in the comments.

Say it with me. Insatiable. I love this adjective. The second syllable is the stressed one. Insatiable. Hear how low in pitch those last two syllables are?

This is a fabulous adjective that we can use when something is impossible to satisfy. If you keep wanting something more and more and more, then we use ‘insatiable'. It usually relates to hunger or thirst. We could say:

His appetite was insatiable. He didn't stop eating!

But we can also use it when we're consuming other things as well. For example.

The public seems to have an insatiable appetite for celebrity gossip!
Her work ethic is insatiable. She just doesn't stop!

Jack is a mischievous child.

He has fun by creating trouble or disruption but that's not too serious.

We also use the word ‘mischief' as well, which is often pronounced incorrectly as well. But it's ‘mischief' or ‘mischievous'.

Do you know anyone who's a little mischievous? Or can you think of someone who sometimes gets up to mischief? Maybe a niece or a nephew or one of your kids.

So I hope that you learned a few new adjectives in this lesson and that you've actually practised putting them to use this week. Make sure you practise using them. Write sentences, say them out loud.

Before we finish, let's go over the pronunciation of these words.
– Explicit
– Exponential
– Specific
– Colloquial
– Delicate
– Coherent
– Eloquent
– Insatiable
– Mischievous

Which one of those adjectives is the most difficult for you to pronounce? Make sure you get in a little bit of extra practice this week. Write it on a sticky note. Put it on your mirror. Every morning when you wake up, practise it ten times. Practise a sentence as well.

So you can catch me on all of my social media's down here. And if you haven't subscribed yet to the mmmEnglish Channel, make sure you do because every week I upload new English lessons for you. You don't want to miss out on those. And once you've done that then head over here to come and practise your pronunciation and your speaking skills with me in one of my mmmEnglish Imitation Lessons. I'll see you in there!