These pronunciation mistakes REDUCE your English level! They are common mistakes made by beginners & ADVANCED English learners! Even if you have great English grammar, if you’re not pronouncing words correctly, people might think you are making mistakes! 😧 Don’t let your pronunciation let you down! 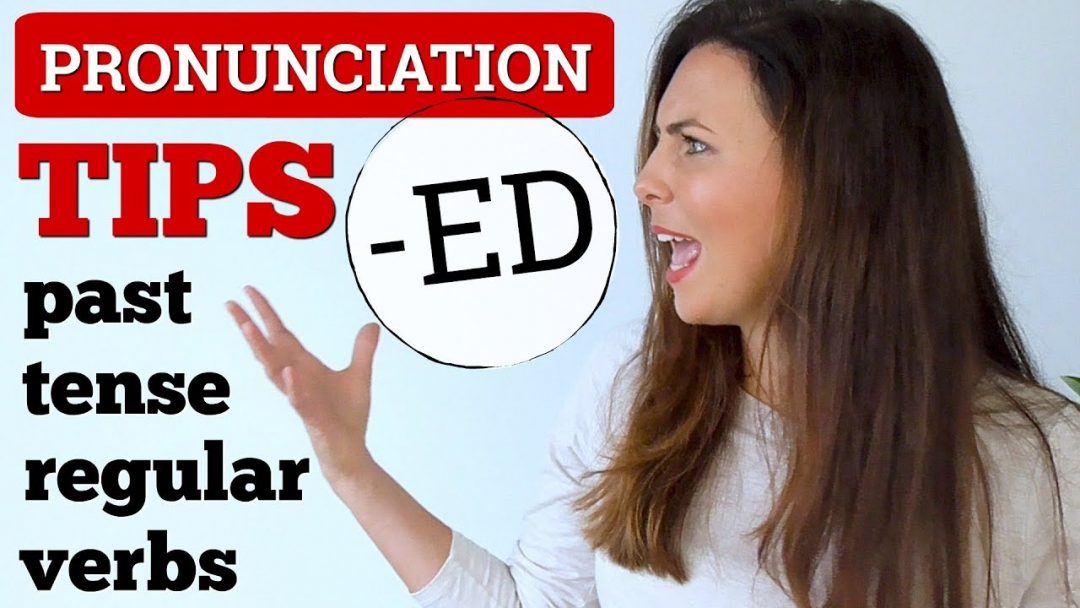 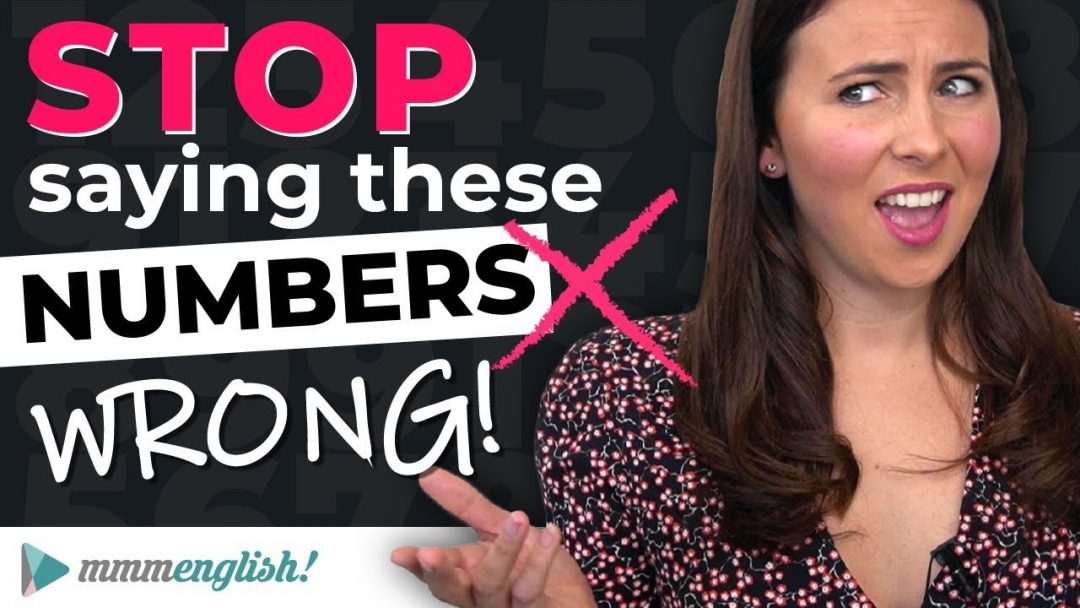 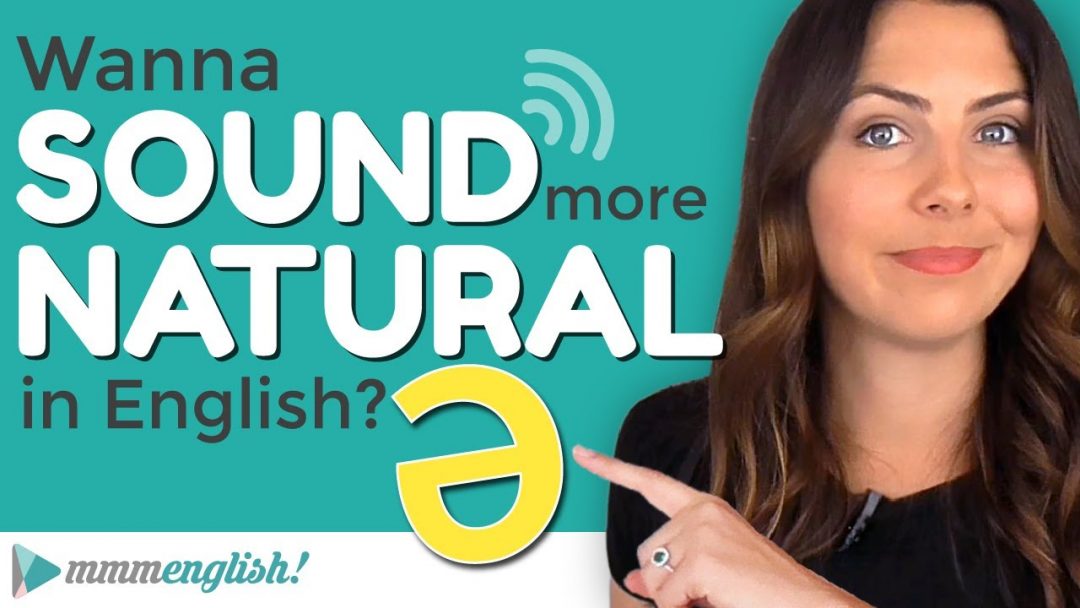 Video Transcript
Section 1
Well hey there I'm Emma from mmmEnglish! In today's video, I want to talk about some really common pronunciation mistakes but these particular mistakes actually reduce the level of your English or how people perceive your your English.

Now you may have really great grammar but if you're mispronouncing words, it can make it seem like your grammar is not very good. And we want to avoid that right? Because you've worked really hard to get your grammar to where it is today. So don't let your pronunciation let you down. Come on! The interesting thing about the pronunciation errors in this video is that you're unlikely to have a problem with all of them.

These errors are really strongly influenced by someone's native language, our strongest and our most dominant language. And your native language is a problem for you when you speak English in two main ways.

Firstly, it acts as a filter when you're listening to English. Your brain doesn't necessarily identify or pick up on all of the sounds that you hear in English because they're foreign sounds or they're different combinations of sounds that are not common in your own native language so your brain might skip over them or assume that they're something else instead.

Secondly, your tongue and your mouth are very comfortable making sounds from your own native language, right? You've been doing it all your life.

But if there are new sounds, the muscles feel uncomfortable and it takes a lot of training for them to relax and to get into the right position so that they can make the correct English sound, really easily.

To fix these particular problems is going to take a bit of effort on your part or quite a lot, right? Deliberately practising. Now this is not very sexy English practice, this is like standing in front of a mirror with a list of words that you know you can't pronounce very well. So you need to spend the time working on these specific problems, working on those muscles. It won't magically fix itself. You've got to put in the work.

Anyway, I'm starting to sound a bit like your mum or someone nagging at you so let's just move on and get started with the lesson.

The first pronunciation error is a really common one for all of my Asian students because many Asian languages don't often have words ending in consonant sounds. In fact there are quite a few other languages where actually there's only a couple of final consonant sounds that are used but in English, we have heaps of words that end in consonant sounds. And grammatically these final sounds are really important.

Think about the final S for example, which we use for all plural nouns and for verbs when we're using we're talking about the third-person singular. So that's he, she and it. So every time we use one of these English pronouns, it changes the verb and we add that S.

So the pronunciation of that final S is so important if you want to sound like you're using English accurately when you speak.

She laugh every time the dog take a biscuit.

It's wrong! Without pronouncing the final S on those verbs, it sounds like you're making a grammar mistake.

She laughs every time the dog takes a biscuit.

Practise it with me.

She laughs every time the dog takes a biscuit.

I need four apples and seven potatoes.
There are twenty-four months in two years.

Can you hear that final S on both of those nouns?

There are twenty-four months in two years.

Now ‘months' is a particularly difficult word to pronounce here. There are three consonant sounds together. That's really hard and one of them is the -th sound. But when you're trying to pronounce this word in a sentence with other words around it you're much better off skipping the -th sound and just saying ‘months' because people will still understand what you're saying and it's grammatically correct.

In fact, that's a really good little tip because native speakers do this quite a bit when they're speaking quickly.

Regular past tense verbs in English cause different pronunciation challenges for different English learners but the one that I'm talking about today is quite similar to the last one. It's related to the pronunciation of final consonants. So I want you to listen to the difference between these words.

You have to practise this so that you're speaking accurately.

After we finished eating, we walked through the park and gazed at the stars. So listen.

If you want some more pronunciation practice with past tense regular verbs and how to pronounce them correctly, then check out this lesson up here. I've made a whole lesson about past tense verbs and the correct pronunciation.

Hey guys! A super quick reminder to subscribe to my channel if you haven't done that already. If you have subscribed make sure you let me know in the comments and which of these pronunciation errors you feel like you've been making.

There are a few numbers that you need to be really careful of when you're speaking in English because it can make you sound like you're making mistakes when you're not. Or even worse with numbers, it creates a lot of confusion. Can you think of the numbers that I'm actually talking about?

Again that's the consonant sound at the end. It's so important.

So you can see how this can get really tricky if you're mispronouncing these sounds. It's really just that one consonant sound on the end that tells us which number we're actually using. In fact, you'll even sometimes hear native speakers asking for clarification on this because if that word isn't pronounced clearly, it's really difficult to be sure.

Now I've got a whole nother video where you can practise pronouncing numbers correctly with me up there but right now I want to focus on the difference between fifteen and fifty.

So again, it's that consonant sound. It's so important.
Fifteen
Fifty

Okay here's something a little different, adding an extra sound after a final consonant. Now my Italian students, you know where you're at. This one is definitely for you. Pronouncing the final consonant is not a problem for you, it's just that you tend to add an extra vowel sound on the end of the word. You know when it ends in a consonant sound. And again, this is something that occurs in your native language but it doesn't happen in English.

So how can this little tiny extra sound make you sound incorrect or less accurate when you're using English? So listen to what can happen when you add a vowel sound after a final consonant.

So you're adding this extra syllable which can change many verbs into a noun. The way that you're pronouncing these verbs is really similar to the way that Australians and British English speakers pronounce these nouns. So practise it with me.

Please wait until they speak before you take photos.

So if you need to practise this and you want to reduce the influence of your native language on your English pronunciation, then try writing some simple sentences with lots of words that end in a consonant sound and then record yourself as you say them out loud. Listen to the recording again and hear how you're mispronouncing these sounds, that's one of the best ways to practise.

Our final point here is about words that end in /i/

Let's look at words like community, opportunity, responsibility, ability, reality. Now these are challenging to say because of the number of syllables in them. But also in English, we have different stress patterns and different syllables are stressed in different ways. What you need to remember is that we definitely want to hear that vowel sound on the end. It's not a stress syllable so it's a really soft sound but it must be there.

Now these errors don't really make you grammatically incorrect but it does disrupt the flow of your sentence. When you aspirate instead of just making the correct vowel sound at the end, it changes the rhythm and the pattern in your sentence. Like I said, the last syllable in all of these words is unstressed but it is clearly there. It's just pronounced as a soft T. So if this is a problem for you then let's practise.

This is your opportunity to take responsibility.
In reality, the community doesn't have the ability to leave.

So there you have it, five pronunciation errors that English students make that not only sound wrong but they actually make your English level sound lower than it really is. Now there are lots of ways to practise and improve your pronunciation. You can make recordings of yourself. You can use a mirror to make sure that your mouth and your tongue are in the right places as you're practising your pronunciation. If you can, get some feedback from a native speaker. You could get a tutor, you could join classes with Lingoda where there's native English teachers in all of those classes. If you have a speaking partner to practise your conversation skills with, make sure you tell them what pronunciation errors you're really trying to correct and ask them to tell you if they hear them. If you've got one or three or five different people reminding you of your pronunciation errors, you'll be able to correct them and improve them much more quickly.

You can also practise with mmmEnglish Imitation Lessons like this one right here. You'll practise the correct pronunciation with me and again, making a recording of yourself imitating me and listening back to it will really help you to identify the sounds that you're mispronouncing.

Anyway I'll see you in the next lesson. Thanks for joining me!