Back To Basics: Common English Words You May Mispronounce 😯

We are going back to basics! I’m sharing common English words that you could be mispronouncing. Time for your pronunciation practice! 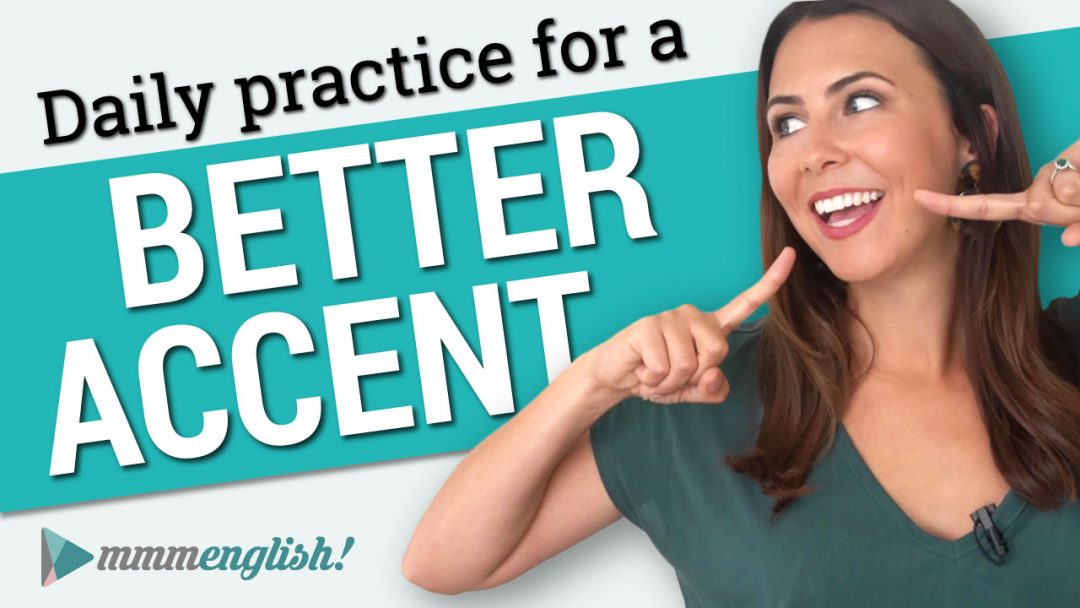 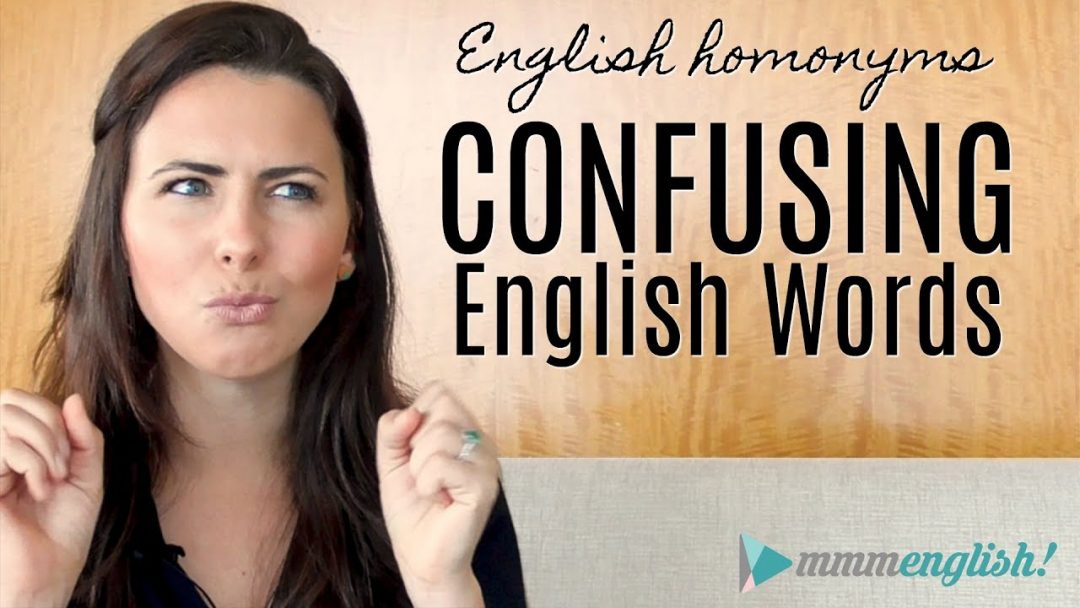 Video Transcript
Section 1
Hey there I'm Emma from mmmEnglish! In this little video today, I'll be sharing some incredibly common English words that you may be mispronouncing. Now these are definitely words that you already know, you use them all the time when you speak English, when you read, when you listen. They're really familiar words but you may not be pronouncing them correctly. So we're gonna practise how they sound together today. Let's go!

To be honest, sometimes I feel like the English language is a little unfair to you. Some aspects of pronunciation are just really hard, aren't they? We've got silent letters and letters that are pronounced in more than one way. Vowels in particular, I mean there's only five vowel letters but there are twenty vowel sounds. I mean I'm just thankful you're still here watching my lessons. Just kidding, of course you should be here and of course, we're gonna be able to improve your pronunciation together. That's what we're doing here right now.

Like I said, all the words that I'm sharing today are extremely common. They're everyday words that I say multiple times each day so it's worth spending a little bit of time tweaking and perfecting your pronunciation to get them right. So you might feel quite confident talking about people in English, right? Is that you? These nouns are some of the first ones that you learn when you're learning any language, right? But the pronunciation of the singular and plural forms in English is a little confusing and it's quite common for my English students to make mistakes with them especially if they never quite learnt the correct pronunciation and so over time they've just continued pronouncing it incorrectly. So I want to go through a few of them with you.

So when you're using these two words, it's really important that you hear that difference.

So here's a couple of sentences to practise with out loud okay?

My neighbours have seven children.
When I was a child, we lived by the sea.

Alright, surely you knew this one was coming, right?

So what often happens in unstressed syllables in English is the vowel sound reduces to a schwa and that's that /ə/ sound, really lazy sound. So it's like great when the letter is the same, it sounds different. When the letter is different, sounds the same.

Let's focus on the singular form first ‘woman'. So start with the /w/ sound, make sure that your lips are rounded and that your teeth are not touching your lips.

Then we have the /ʊ/ as in ‘book' sound. Now this is the stronger syllable, right? It's stressed, we need to hear it really clearly.

It's the unstressed syllable that follows in /mən/. So that's the schwa sound, it's really soft and it's low in pitch. Almost not there. That second syllable is reduced.

Alright now what about that plural form? The plural form again is that /w/ soundm then /ɪ/ as in ‘hit'. Okay so again that's the strong syllable, you need to hear it. Make sure you've got air in your lungs to push it out. Then the unstressed syllable follows, right? So we reduce it down.

So let's compare the two of them.

One woman.
Four women.
I asked the woman if she'd seen three women arrive in a red car.

So these are really subtle differences but they're important ones if you're trying to improve your pronunciation and your accent when you want to sound more natural and relaxed as you speak.

So again we've got some really simple, really common words here, right? But they are so often mispronounced by English learners that we need to focus on them for a few minutes. And again, it's that vowel sound that we really need to pay attention to. Even though we have the same vowel letter, the sound that you use to pronounce these words is different. Listen.

Let's start with ‘can'. Open your mouth up wide for that one.

So when I said that sentence, I'm really stressing the word ‘can' for emphasis so this is really useful if someone is suggesting that you can't but you want to try and contradict them. You want to tell them the opposite.

Now compare the two together, alright?

So there's quite a difference there when we're stressing that word for emphasis.

Compared to the unstressed form.

Now there are a lot of grammatical words in English that have a stressed and an unstressed form. So these unstressed forms are a really important part of natural English pronunciation. It's that schwa sound, it's so important in unstressed syllables and unstressed words.

So if you want to keep practising with the differences between those stressed and unstressed forms, check out that lesson up there, I go into it in great detail.

Now you know that the negative form of ‘can' is ‘cannot‘ right? And it's often contracted in spoken English so instead of saying ‘can not‘, you'll hear ‘can't' and that's a very different vowel sound to what we were practising earlier, right? Can't.

Sorry. You can't use the lift today but you can use the stairs at the end of the hall.

So let's just try that same sentence again but with the unstressed form of ‘can'.

Sorry. You can't use the lift today but you can use the stairs at the end of the hall.

Another super common word that I often hear my students mispronouncing is ‘Wednesday'.

Now again you would have learnt this word way back at the start of your English learning journey, right? But I still hear my students saying Wed-nes-day.

So it doesn't have three syllables. It only has two. Wednesday. And that first D is completely silent. Wednesday.

I'm working late on Wednesday night. They're open for dinner from Wednesday to Sunday.


So the last pair of words that I want to share with you are often mispronounced and I'm talking about ‘advise' and ‘advice'. So one of these words is a verb, the other is a noun. Listen.

Can you hear the difference in the pronunciation? It's that final consonant sound, the /s/ unvoiced sound and the /z/ voiced sound okay.

Now this sentence right here is not grammatically correct. We're using the noun form of this word incorrectly as a verb and you can hear it when I say it as well.

He adviced me.
He advised me.

One of the most common mistakes that I keep hearing my students making again and again is using a plural form of ‘advice'.

He gave me some advices.

Now that's incorrect, right? You'll never hear a native speaker using ‘advices' because it's an uncountable noun. When you use it, you need to use a determiner or a quantifier to explain how much of it you gave or you received, right?

He gave me some advice.
She shared three pieces of advice.
My boss advised me that now was not the time to apply for a new job.
He advised me.

Awesome! Nice work! Even though these words are really simple, they're ones that get used all the time so it's important that you take the time every now and again to check yourself, right? It's really easy to slip back into bad habits with your pronunciation especially if you haven't practised speaking English in a little while.

If I was you and any of these words in this lesson are a little challenging for you and you need to get your tongue around them, I would go back, write down all of the examples that we went through and keep them somewhere where you can practise them out loud each day.

Well done for sticking with me all the way through to the end of that lesson. If you want to keep practising your pronunciation with me right now, then here are a couple of other lessons that you can dive into straight away. Make sure you subscribe to the channel if you haven't already just down there. I make new lessons every week so I will see you in the next one. Bye for now!