The third conditional is used to express regret and talk about things we wish we could change about the past (but we can't)! In this lesson, I'll show you how to use it, share lots of examples, plus help you to practice!

The 3rd Conditional:
If + past perfect, perfect conditional (would have + past participle)

Stick about for the mini-quiz at the end of the lesson! 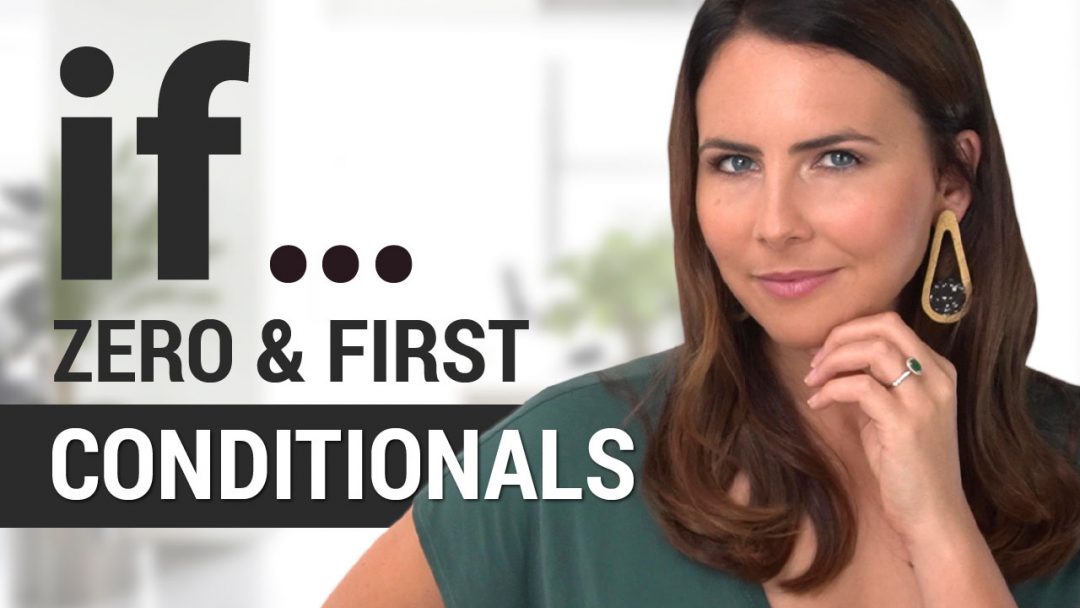 Of course, you have! This is part of being human, isn't it? We all go through it. So I know that you are going to love today's lesson.

Today we are going to dive deep on some awesome grammar, the third conditional. Now I hope you're not eye-rolling on me. Yes, this is a grammar lesson but it's an incredibly useful one to talk about our regrets and our disappointments.

Sounds kind of grim, doesn't it?

There are lots of useful ways to learn and practise with this grammar structure and I don't know about you but I'm excited to get started. Let's go!

Now you probably know that there are several types of conditional sentences in English. I've made lessons about many of them already.

But like all conditional sentences, the third conditional has two clauses. The ‘if' clause and the main clause.

So it's imaginary. It's not real, it's not true okay because we can't change the past. Sometimes we wish we could but we can't.

So that's why you'll often hear the third conditional being used to talk about regrets, things that we wish were different.

So let's look at a few examples to get started.

So I'm a bit upset about that, right? I'm upset I missed my flight. I wish that I had have left my house a little bit earlier and not run late.

I wish that I could go back in time and be on the plane but I can't because my flight's gone. There's nothing that I can do about it now except buy another ticket.

Well we can use the third conditional to show how angry or how frustrated we are about this situation, right?

You were rude? Obviously, that didn't work out well for you, did it?

Now they're not going to invite you back again in the future. You can't go back and change it now, can you? Whether you want to or not so I'm just gonna use the third conditional now to tell you off.

Yeah, I got fined which is annoying but it's already happened. I can't change it now, right? That's something you definitely can't change.

So we use the third conditional to talk about things that we regret, things that we wish we could change about the past and also to tell someone off for something that they did in the past.

So it's pretty useful, right? It's a really handy structure to have up your sleeve, to know.

All right so let's talk about what it looks like now.

if + past perfect , perfect conditional

You might be wondering what the heck is the past perfect or the perfect conditional?

So think about it this way. The past perfect is subject with ‘had' and the past participle verb.

Okay these are all examples of the past perfect.

Now the perfect conditional is subject with ‘would have' and the past participle verb. So it's just the present perfect with ‘would' in front of it.

So let's look at some examples to help it sink in a little, right?

Let's do our third conditional checks first all right.

Are we talking about the past or the present here?
It was in the past but did it actually happen?

No, you didn't call so I didn't come. I wish that I could change this because I'd love to come.

So I'm kind of telling her off here right? I'm a bit frustrated. Did she reply to my message? But was I worried? Yeah. I wish that she had so that I didn't have to worry, you know.

So I'm expressing regret about the past here. I wish I'd taken better care of myself.

Now you'll remember from some of my other conditional lessons that we can actually use different modal verbs in the main clause.

So we use ‘might have' to show probability or certainty.

But she might have also failed again. We're not sure. We're not certain, right?

If we were certain about that imaginary result in the past, then we would use ‘would have'. That's more certain.

Since we're not exactly sure about what the result would have been, then using ‘might have' is probably the better option.

could have > possibility / ability

Now we use ‘could have' to talk about possibility and ability.

Now I'm not promising that I absolutely would have. I'm just saying that I would have been able to get there faster. You know, with a car I would have the ability to arrive sooner.

So now that we've broken it down a little bit, how are you feeling about the third conditional? Hopefully, it was some good reminders from the other conditional lessons.

And if you're thinking something along the lines of if I'd seen this video earlier, I wouldn't have been so confused. Well, I must be doing something right.

So now we're going to put everything we just learned into practice with a little mini-quiz. My favourite! And I wonder if you're gonna ace this little quiz or not. Let's see.

Okay for the quiz, I'm gonna give you a few past situations and I want you to use the information that I'm sharing to write a sentence using the third conditional. Make sure you check the structure.

Make sure you're writing it accurately. So write your answers in the comments down below and I'll come down and check how you've done very soon.

And make sure you think carefully about which modal verb is the right one to use. We'll go through the first one together okay.

So here's the situation.

You had a job interview in the past but you didn't prepare for it. You didn't get the job and now you kind of regret not preparing for it. You wish that you prepared more.

So what's a sentence that we can write here?

If I had prepared more, then maybe the result would have been different.

So now it's your turn. I'm gonna read out some of these situations. I want you to pause the video if you need to to write your sentence, think about the structure. Clearly try and get that third conditional sentence right.

So hopefully with each of my conditional lessons, it's becoming a little clearer. So if you're enjoying this series, make sure you share this lesson, like the lesson, share it with anyone that you think will find it useful.

I'm sure there are plenty of other students out there who are just as frustrated with conditionals as you are.

So once you've done that, come and check out these lessons right here so we can keep practising together. I'll see you soon!