Practice your Australian English accent with me in my imitation lessons! Find out more here: https://www.mmmenglish.com/imitation 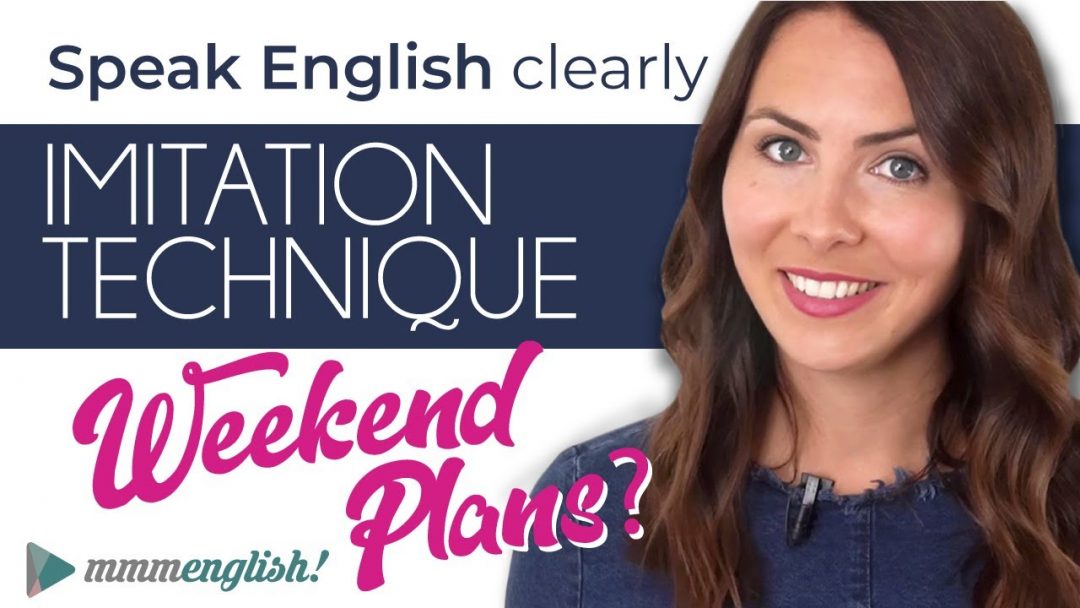 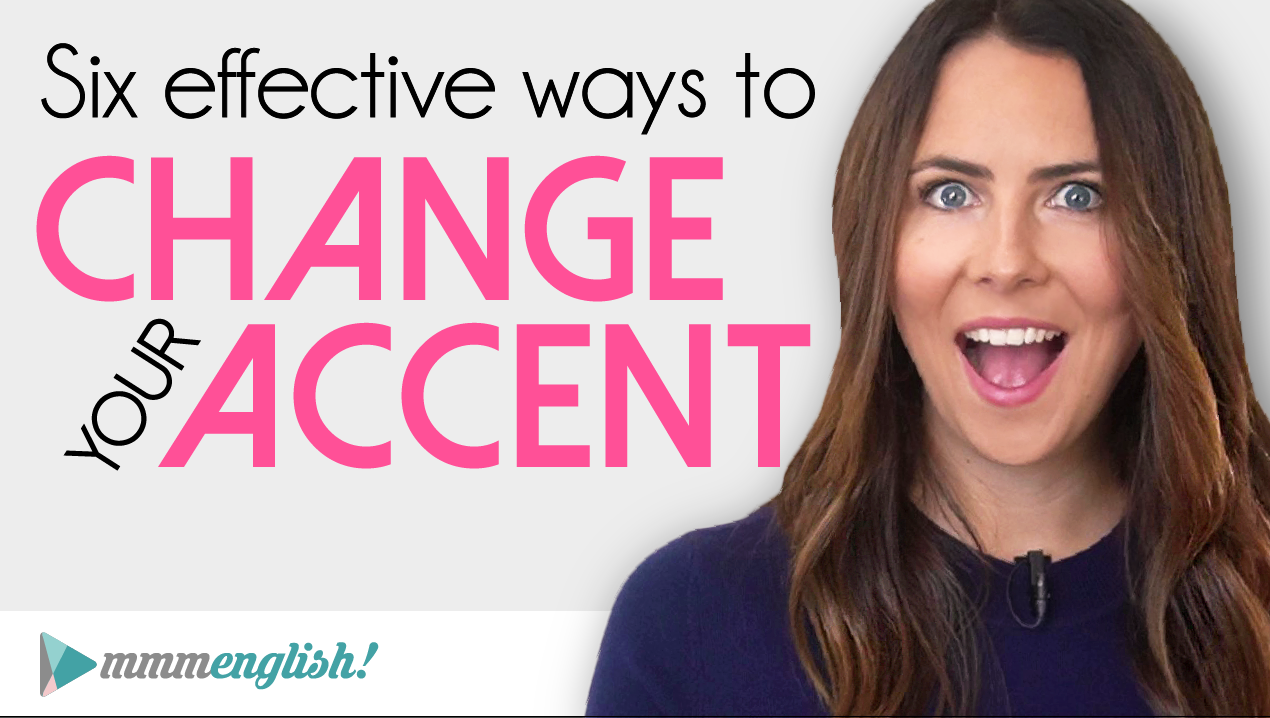 Video Transcript
Section 1
Ah Australia, the world's largest island. The smallest continent. A big rock. And a very pretty harbour. You should definitely visit if you have the chance. You absolutely should.

I'm Emma from mmmEnglish and I'm also Australian. Here on YouTube, you are always asking me about where I'm from so I guess I don't say it enough. But here in Australia, we speak English with a distinctly Australian accent which has some unique features, some that are similar to British English and others that are more closely aligned with American English pronunciation.

But for most people who come to visit, whether they're an English speaker or not, they're confused or they're dumbfounded, surprised by our slang vocabulary.

So in this video, I'm gonna share forty slang expressions that you need to know if you plan to move here, to visit here, to study here, or even if you're just hanging out with some Australians in some other part of the world.

This lesson will help to reveal that mysterious secret slang language that Australians use to communicate.

A little history lesson first. Australia is a British colony so our grammar rules and our spelling rules are the same as British English and that means they're a little different from American English.

We are generally pretty easygoing people, you know, we definitely don't take ourselves too seriously. In fact, we're usually laughing at ourselves, making fun of our mates, joking around.

The best thing that you can do is make an Australian laugh, you will be mates for life.

Now a mate is a friend, right? This is one of the most important words to an Australian. It's usually an affectionate word, you know, meaning friend but mate can also be your partner, your brother, your sister, your son, your daughter, your friend, your colleague and a mate can also be a total stranger.

Anyone can be called mate, right?

It's super friendly. But with a shift in tone, it can also be used to confront someone about a problem.

In fact, the Australian police usually walk up to any situation and start with “Hey mate” like friend, relax. I'm here to help.

Now I know this concept of mate and mate, it could be really confusing, right? But try to use facial expression and tone as a guide, you know, is it friendly? Is it serious?

If you're doing the wrong thing and someone walks up to you and says “Mate, what do you think you're doing?” you know, they're pissed off right and that's Australian for annoyed.

Now a lot of slang words in Australia follow a really similar pattern. You take the original word and you shorten it and then you add either EEE, AHH or OH at the end. Now this is really, really common.

These words are really commonly used all the way across Australia, across all levels of society. You'll hear the Prime Minister using these words along with a truck driver that's driving across the Nullarbor which is the big dirt patch in the middle of Australia.

Now there are literally hundreds of funny words like this and that can be really intimidating to try and learn but the ones that I'm including in this video are ones that I use regularly myself, ones that I hear people use, my friends, my colleagues, my family. They use them all the time.

Or ones that regularly come up in the media because these ones are all relevant, current, slang words to learn, right?

And if you look up Australian slang on a whole really get used anymore, you know, they're sort of from a few decades ago.

In Australia, we are big fans of footy but not this type of footy, that's soccer. This is Australian football, footy.

Now I want you to really pay attention to that flap T sound, it sounds more like a D, right? Footy.

If you're moving to Melbourne in particular, one of the first things that you'll need to do is pick a footy team. Okay this question will get asked of you probably often.

And that really just means we're going to cook some sausages on the barbecue on Saturday afternoon, come over.

Avo on toast is a very common breakfast meal at cafes in Australia.

It seemed to be the reason why young Australians can't actually save enough money to buy a house because they keep spending all their money on going out for breakfast and having avo on toast. So avo is a very common thing to eat for breakfast.

It's definitely also common at brunch.

brunch = meal between breakfast and lunch

Now brunch is a meal between breakfast and lunch, common in Australia but in other English speaking countries too.

Now it's not in addition to those meals, it usually replaces one or the other. Usually on weekends when lots of people have a sleep in, maybe they wake up later.

So on Saturday and Sunday in Australia, you would definitely see a lot of people out for brunch on the weekend.

McDonald's is called Macca's. Now if anyone asks you to do a Macca's run, it means go out and pick up McDonald's and bring it back for everyone.

This is incredibly common. If you're planning to study in Australia, really the only time that you're going to hear the word ‘university' is in formal context. Everyone else is gonna talk about uni. So that's university.

The servo is a service station or a petrol station.

Now in America, the fuel that goes in your car is called gas but you won't hear people in Australia calling it gas. We call it petrol.

So this place is a petrol station or a service station, a place to service your car hence the servo.

(means I need to stop and get some petrol)

The bottle-o is a bottle shop or a liquor store, a shop that sells alcohol.

In Australia, places where you can buy alcohol, are strictly regulated so you can't buy alcohol at a 7-Eleven like you can in some countries. You have to go to the bottle shop, the bottle-o.

Now while we're on the subject, Australians love a drink and one of the best places to sit and to observe Australian life is in a pub, at the beach or at the pub. It's a really social space and a great space to strike up a conversation with someone and to have a chat.

slab = a carton of beer

So a slab is a carton of beer, usually a twenty-four pack of beer right in a box.

tinny = can of beer
stubby = bottle of beer

And a stubby cooler, one of these hideous things is used to keep your stubby or your tinny cold during the long hot Australian summers.

This one's from the Nanutarra Road House. It's got a goanna, a road train and an eagle.

Every Australian has at least twenty of them stuffed in random places around their house and generally the gaudier, the uglier, the better.

And bucks is slang for dollars.

Ripper is a good expression when something's going well or it's good like “Ah ripper!”

You could say: “You little ripper!” when something's really good. You've got great news.

Or you could say “Bloody ripper!” when something's really great like when you win the lotto.

Bloody ripper! What a great day!

In Australia, many, many, many suburbs and place names are also shortened too.

And if there are any Australians watching and you can think of others, please let me know in the comments, hit me up. There are so many of these, the list is way too long to continue with here.

But the point is that if you hear a word that you don't recognise, it's totally okay to ask, you know. Australians know that not everyone understands our slang way of you know, referring to things, especially place names.

So if you're not sure, just ask.

Another really important place is the loo, the toilet.

So the dunny used to be a very Australian expression but it's rarely used now. Lots of random Australian slang websites include it because it's funny but don't bother learning it and actually using it. Nobody does it.

So people who are involved in construction work are often called tradespeople. They're the skilled people who also come to your house to fix things when they break.

Now in Australia, of course, we have shortened the names for all of these people.

Starting with tradie. Now tradie is a tradesman. It's a really general word for everyone who works in that type of industry.

And this kind of continues into all other types of work as well.

And you'll often hear this used in Australian media when talking about politicians.

A sickie is a sick day but not a real sick day. I don't know if this happens much in your country but a sickie is when you take a day off work but you're not actually sick.

Maybe it's because the weather's really nice and you want to go fishing with your mates. This is called chucking a sickie or pulling a sickie.

What else is there?

And I think those two are pretty commonly used across lots of different English-speaking countries but in Australia, we definitely love it because we love those shortened versions.

I hate those guys! For some reason, they always come after me so I am always taking mozzie spray with me everywhere I go in summer. This insect repellent is called mozzie spray in Australia.

Anyway, that is a solid list of relevant Australian slang words to learn and even if you don't use them yourself, just becoming familiar with them is going to help you to understand Australian native English speakers so much more easily.

Now you might even be able to think of some others so let me know in the comments if you've got some other ideas and suggestions.

But also if you've got some questions about how these words are regularly used or maybe you've heard of another slang word and you're not sure about the meaning or if it's commonly used, let me know in the comments.

I'd be happy to jump down and answer your questions there.

Now I know it's unlikely that you'll be travelling to Australia anytime soon but if you want to follow me on my adventures in Australia, well make sure you come check out my Instagram account here.

I'm gonna be heading up north on a camping trip in a couple of months and I'm really excited to share my beautiful country with you and take you along for the journey so come check it out if you want to come along.

Otherwise, I will see you in the next lesson. See you there!