Learn idioms and natural expressions to use when you are UNSURE and UNCERTAIN in everyday English conversations!
Check out The Ladies' Project here 👉https://bit.ly/2BXPwOs 💃 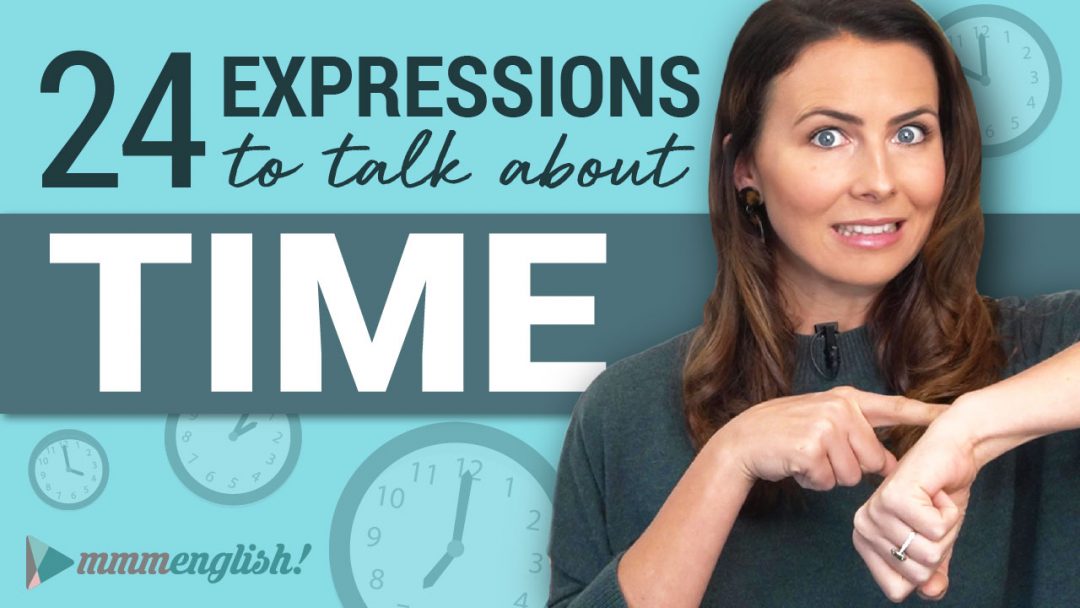 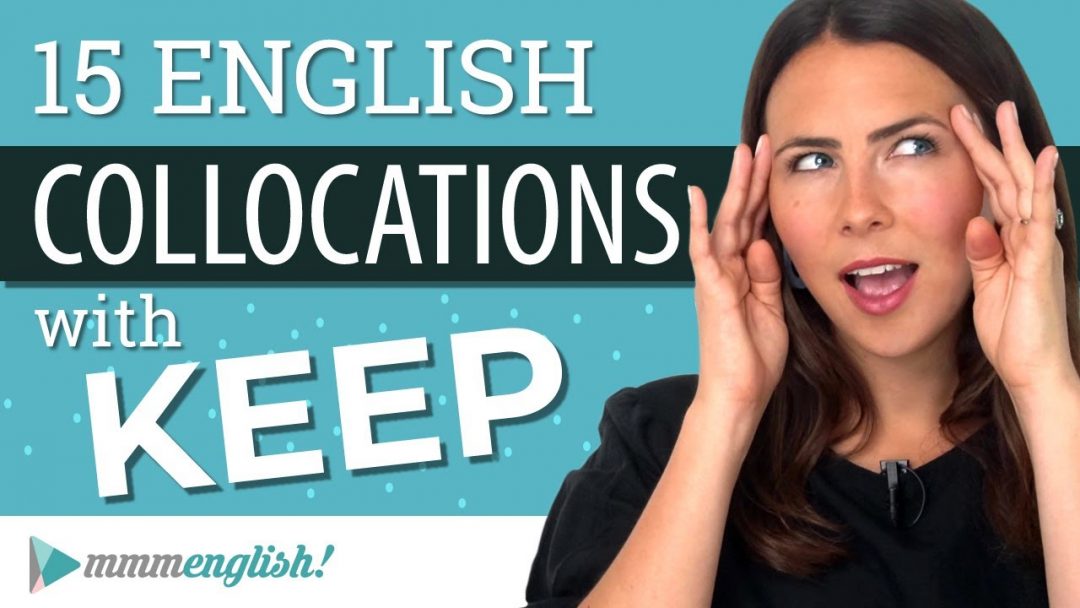 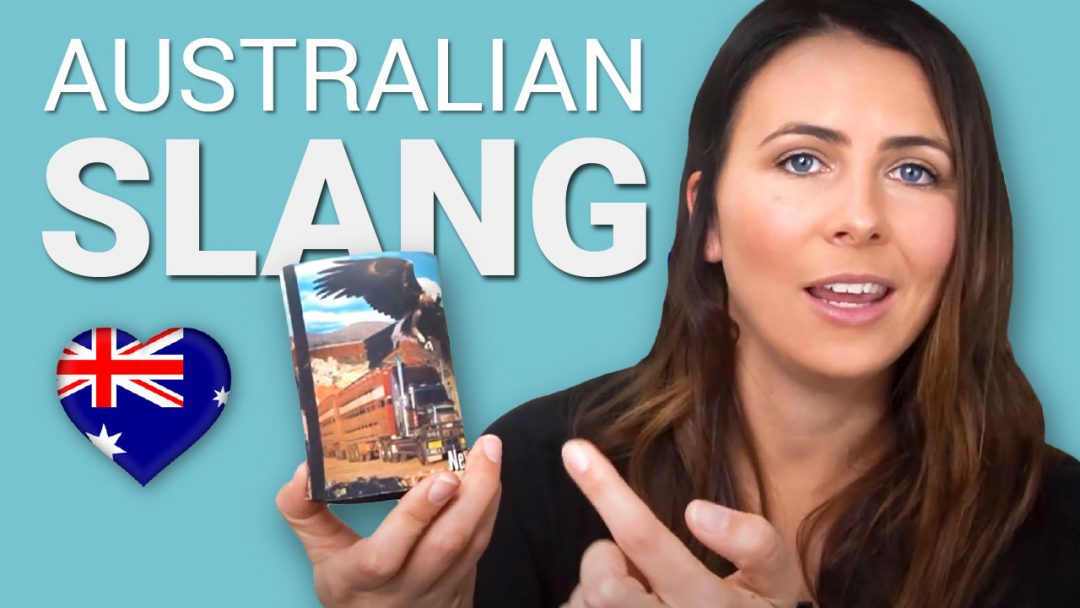 Video Transcript
Section 1
This lesson is brought to you by The Ladies' Project, an online social networking platform for women learning English. learning English. and improve your speaking skills in a safe, supportive online environment and finally become that confident English speaker that you know you can be.

Hey there I'm Emma from mmmEnglish. This lesson today is all about natural English expressions that you can use in everyday conversation. I've got thirteen idioms that will help you to express doubt and uncertainty which is really useful right because we don't always have all the answers, do we?

But then there are other times when you genuinely don't know what the outcome will be. So in those situations, instead of saying “I don't know” you know which can be a little unhelpful or unprofessional, I've got some expressions to help you there and then of course, there are always times when you actually of course, need to change your mind, make a different decision to the one that you've already made so we'll get to those as well.

So let's get started by thinking about the times when we have a decision to make you know, we're still forming our opinions. We're not quite sure yet. Once we decide, we'll know exactly what we need to do right there's no problem then. It's deciding that's the hard part because you're always gonna have two options right, two or more options.

Come on, we've been toing and froing on this all week. Let's just make a call. Let's decide what to do.

You can say that you are in two minds when you are having difficulty deciding what to do. And this is a really great one to use at work in a professional context so instead of saying “I don't know” which is negative and it doesn't really make you seem very professional or helpful but by saying that you're in two minds about something suggests that you're actively thinking about it.

I'm unsure. I'm still thinking about whether that's the right thing to do.

What is that? This is really useful when you want the advice or opinions of others before you make your decision.

You're just asking for a few people just to see if what you're thinking is the right sort of thing.

So imagine you're organising the staff office party. You're not sure what everyone might want to do, bowling, river cruise. There's lots of options. So you could say:

Alright so what on earth is a quandary? If you're in a quandary. A quandary. Say it with me. It's a bit tricky. Quandary.

This is a really great expression when you're stuck and you can't actually decide what to do you know.

Imagine if you received two job offers, one is a really interesting job. The work is interesting but it doesn't pay well. The other is a really well-paying job but the work is kind of boring so it's hard to decide right? You could say

Alright I'm sure you've heard this one before. It's a very common expression ‘to sleep on it'.

So if someone is expecting you to make a decision but you need a little bit more time to think about it, then this idiom is perfect and by using it, you're asking for some more time until the next day to think something over before making that decision so you sleep on it.

So this isn't just about what to have for lunch tomorrow, it's usually a big important decision like accepting funding from investors or maybe your boss offers you a new position but it's in an office in another country.

So when you hear that idea, you might be really positive and say “Wow what an amazing opportunity” but it's a really big decision, you know, it means new friends, relocating so you might say something like

Or if you have an awesome boss, then they might say “Do you know what? Why don't you sleep on it? Let me know your decision tomorrow.”

Okay so there are definitely times when we are really unsure of an outcome and because of that, we don't want to commit to a decision right?

So to express that uncertainty there are a few different things that you can say and of course, one of those is that you're on the fence.

Both are good options so you're here you're on the fence and usually this expression when you have, maybe when you have to choose a side you know or you feel strongly about something. Are you for or against it? Are you in are you out?

So let me ask a question. Do you think that children should have mobile phones?

So if your answer is firmly yes or no, good for you. You don't need to worry but if you catch yourself thinking well it is good to have access to the Internet, the education you know. If they ever are in trouble then they have a way to call for help etcetera, right?

So you might have to say “Do you know what? I think I'm on the fence.“

Can you think of a time when you were on the fence about something? I want you to see if you can write a sentence about it in the comments below. Think about a time when you really weren't sure if you agreed or disagreed with something. Let me know.

Imagine that you're watching a football match and the scores are even, there's only one minute left and the result really could go either way you know, there are two possible outcomes. Team A wins or team B wins unless you play soccer which I think you can have a draw as well so this is Australian football, right? You can't have a draw okay.

Team A wins or team B wins and it's actually not clear which result is more likely.

So you can use this expression in a sporting context like that but also in other contexts too especially where there's some level of competition and you're not sure what the result will be.

I think it would be two kids arguing about a toy or two applicants for the same position, applying for the same job at work.

So if you have something like a plan or a decision and it's up in the air, it means that it hasn't been decided yet or it hasn't been settled yet but the thing is this expression is a little negative. I'm wondering if you can guess why. It doesn't actually suggest any action, you know, the result is out of your control, you're just waiting to hear what the result will be.

So usually if something is up in the air, it makes you feel a little uncomfortable or a little uneasy like what's gonna happen?

The jury's out or it's still out. This expression means that something is being considered but no decision has been reached yet okay?

Now in case, this word is a little new for you. A jury is the group of people who decide the verdict in a court.

So the judge is the main guy but this group of people, that's the jury. They're the ones who decide if someone is innocent or guilty and if you've watched any Law & Order shows on Netflix, you'll know that after the jury have all the evidence, they leave the courtroom to discuss and to make their decision. Sometimes it can take days or even weeks.

But while the jury is out, out of the room, there's no decision right? We don't have any idea what the outcome will be so that's where this expression comes from.

And you can express that same idea a little more formally by saying that the result remains to be seen so we don't know what the result will be yet.

Okay so there are just a few more to go my friends.

We're talking about doubt and uncertainty and how to express that in English so naturally when you feel uncertain and you're doubting yourself and the decisions that you've made in the past, maybe you change those decisions you know, and if you're changing your mind constantly going from one to the other, then we say that you chop and change from this to this to this to this.

But unlike toing and froing where you're switching between different opinions or different ideas well this expression is more about actions and decisions so when you keep changing the plan.

What if you have made a decision to do something? To buy a house, to quit your job, to start a family, well, that's great but then you start to panic. Is that really what I want? Maybe I rushed into this decision. Maybe I need more time. So that's when you get cold feet.

I'm not really sure where this expression comes from exactly but I love it. I've always imagined that you've had this amazing wonderful idea to go for a swim at the beach. The ocean looks beautiful so you run down, ready to get in and as soon as your feet hit the water, you realise it's actually freezing cold.

You start thinking oh should I keep going further? Is this a good idea? Am I gonna regret it? That's what I imagine when I use this expression.

So when you get cold feet about something, usually you begin to hesitate about it, you know you're no longer sure whether you really want to do it or not. You start to think oh is this the right thing to do? And usually, it relates to a big decision, something that makes you nervous.

Can you think of a time when you got cold feet and you actually hesitated or maybe you didn't do something because you thought it was a bad idea? Let me know it down in the comments.

You can also say “I wanted to bid at the auction but I had second thoughts.”

So it's used when you want to change your opinion about something you know and you start to doubt your opinion or your ideas.

Now it's not quite as strong as getting cold feet. It doesn't have to be about a really serious decision. It's just when you change your mind so it might be I thought the sailing club would be a great venue for our wedding but I've been down to check it now and I'm having second thoughts.

So there you have it. That was thirteen English idioms that you can use when you feel uncertain or unsure about something.

I hope that you enjoyed it. If you did, make sure you give it a like, share it with your friends if you want to. This always helps YouTube to know that you like lessons like this, keep sending them to me.

So most of the idioms that I shared with you today will help you to sound more professional at work, especially when you're not sure what to do but you want to seem like you're in control of a situation. And definitely all of them are very common everyday expressions that you can start using right now.