English words that are SPELLED the SAME and have DIFFERENT MEANINGS & PRONUNCIATION 😅Oh boy… These English words are called heteronyms and they can be a bit of a headache! In this lesson, we'll go over the vocabulary and correct pronunciation together! 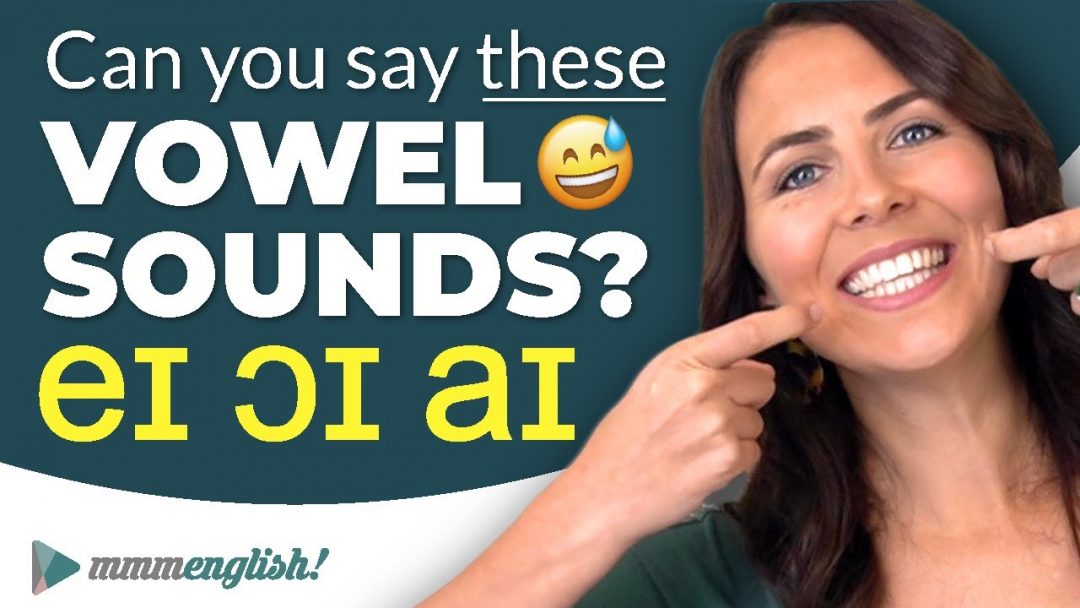 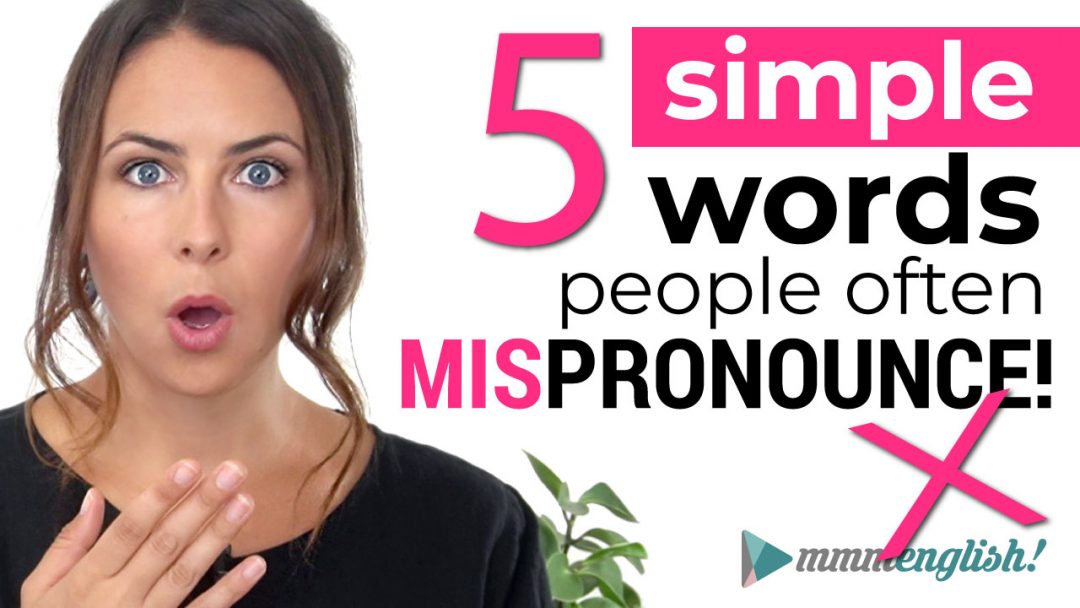 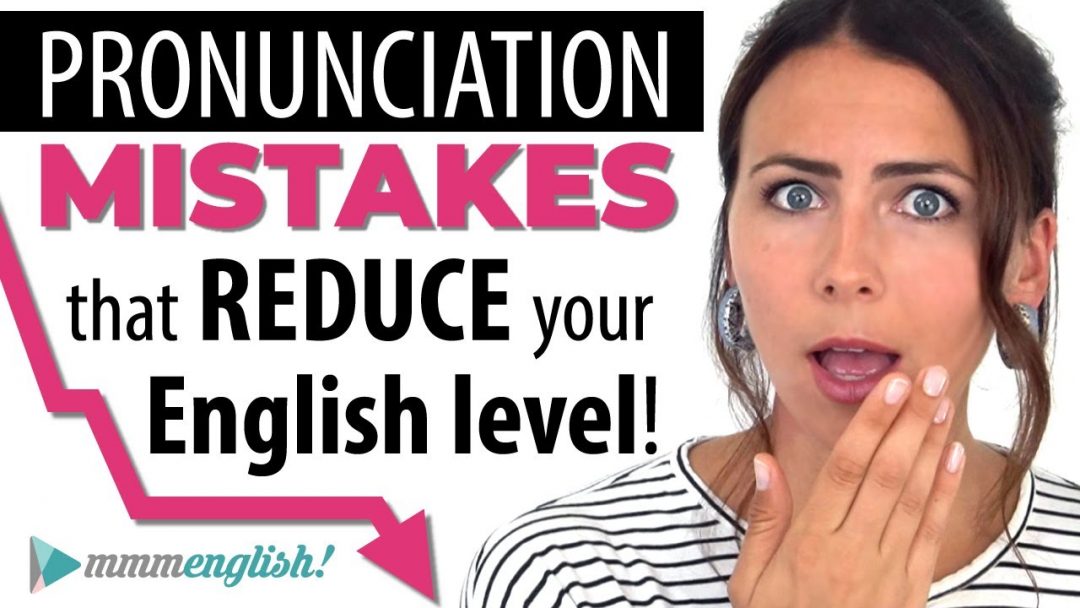 Video Transcript
Section 1
Hey there I'm Emma from mmmEnglish! Today's pronunciation lesson is all about some extremely common English words, like this word ‘object' and actually this word, like all the others that I'm gonna share today has more than just one meaning.

I mean which really is quite annoying but we're going to take a look at some of these different words and learn some cool tricks so that you know how to pronounce them correctly so you ready to dive in?

Can you hear the different vowel sounds that I'm using in each word?

But now I want you to try saying it out loud and I want you to listen to make sure that there's a difference in the vowel sounds that you're using.

Nice! I always like to remember that a tear comes down near your ear and you know when you hold something up to tear it you're holding it up in the air right. A little reminder there.

So practise with me.

Nice! Now there are some clues in this sentence that help us to know which word is a noun and which one is a verb.

So articles are always in front of nouns and when we have a subject, dad, and an object, our favourite book, we know that this must be a verb right? We need it to complete the clause in the sentence.

So as a noun this is a type of bird, right and it's pronounced dove. Dove. It's that short vowel sound. But this word is also a verb. It's the past tense of ‘dive'. And that's a diphthong vowel sound, the sound. It's the same sound that you hear in go and no.

So let's see if we can put those two words together in a sentence, might be a little tricky.

I don't know about you but I've never seen a dove dive into a river but there you go, that's what practice at mmmEnglish is all about.

So how about this one? Do you know the different ways to pronounce this word? I think you probably know the verb, to lead right? And you really need to try and make that long vowel sound there.

Make that sound too short, it'll sound like lid.

So the verb form is probably the most common way that you'll come across it right? You'll hear it pronounced lead often.

But lead is also a metal. It's a noun.

And so when it's used this way the pronunciation is led. And it used to be really commonly used in pipes and construction until people started realising that it was actually poisoning us.

And it's also the dark part inside a pencil. That's also called lead, a lead pencil.

But look here, we've got the preposition to coming before lead or lead in both examples.

We have exposed to lead. And he was asked to lead. So it's not always as simple as it seems.

Now this one I know you know. What are the two different ways to pronounce this word and it's got nothing to do with the vowel sound. It's actually the consonant sound, close. That voiced consonant sound.

You know this is when we, you know, close a door or we close the shop early.

But it can also be an adjective as well and when it's an adjective, we pronounce it as close to say that something is nearby or a short distance away. It's close and this is the unvoiced sound, exactly the same mouth and tongue position as the sound but it's made with air pushing through our mouths.

Sounds a bit odd, doesn't it because it's not the right word.

So we're getting a little trickier now. Do you know the two different ways to pronounce this word?

As a noun, this is an injury right especially when you cut your skin so it can be quite serious right?

And it's pronounced wound with that long sound.

And this is the same sound that's used in the adjective wounded. So we would say:

But this is also a verb, it's the past tense of wind, wound. Again it's that diphthong sound. And it's the same sound that you hear in words like flower and frown.

Now let's put them together in a sentence.

So first things first, we are not talking about this right? At least we know these are different words because they're spelled differently but did you know that this word can actually be a verb and a noun and the pronunciation is different when we're using each type of word and it's all in the syllable stress.

We have desert. This is, you know, an area of land that doesn't have a lot of water.

Then we've got the verb desert. Exactly like dessert right but it means to leave someone alone and to abandon them in the middle of nowhere.

So again we've got a noun and a verb to consider here. An object, object is a thing, right? The stress is on the first syllable but the verb object means to be opposed to something you know, using words and it's quite a formal verb.

That is a really random sentence.

So just to mix things up a little bit here, this word can be a noun and an adjective. It's not very specific and you're probably most familiar with it in the context of social media. It means any material or piece of writing or video or music that appears on a website, on Youtube, or on social media somewhere. This is called content.

Now if you are happy and satisfied with life, then you are content. The very best way to be.

So when it's used as an adjective, the syllable stress shifts to the second syllable and the first syllable reduces right down so the vowel sound becomes a schwa.

So listen to the difference between those two words.

So tell me how do we pronounce this word here?

Because we can use it as an adjective to say that two things are not together then we say separate.

And usually, you just hear it pronounced with two syllables separate.

But as a verb, separate, we hear three syllables right and it means to put things in groups so can you separate the red apples from the green ones?

Practise out loud with me. So let's compare them together.

Now even though these are different types of words, they do have a really similar meaning so we can compare them together.

Okay we're going to end on a tricky one. I'm wondering if you've ever heard this word before and if you know how to pronounce it but it actually follows a really similar pattern to the previous word, right?

As an adjective, we say deliberate meaning that an action was fully intended or it was carefully considered. It wasn't done by accident.

Now as a verb, the pronunciation changes to deliberate. So we've got four syllables. The second is the strongest and the fourth is also strong.

So to deliberate is to think really carefully about something and to consider all the different options. So again the word types are different but the meaning is quite similar.

So there you have it! I hope that this lesson highlighted how important pronunciation is, especially vowel sounds in English. Often they're the only thing that separates one word from another. Now before we finish up, I want to quickly go over the pronunciation of all these words again so get ready to say them out loud with me.

Awesome work everyone! Don't forget to hit that subscribe button just down there so that you never miss an mmmEnglish lesson and I've got more for you to practise with right here. See you in there!