Wondering when to use first and second conditional in English? Learn with me and hang around for the Conditionals Quiz at the end!

The 1st Conditional:
We use it to talk about things that are POSSIBLE in the future and have a LIKELY chance of happening!
IF + present simple, WILL + bare infinitive verb
EG: If I miss the bus, I will take a taxi.

The 2nd Conditional:
Use it to talk about IMPOSSIBLE present situations and UNLIKELY future situations
IF + past simple, WOULD + bare infinitive verb
EG: If I missed the bus, I would take a taxi.

Stick about for the QUIZ at the end of the lesson to practice what you learn! 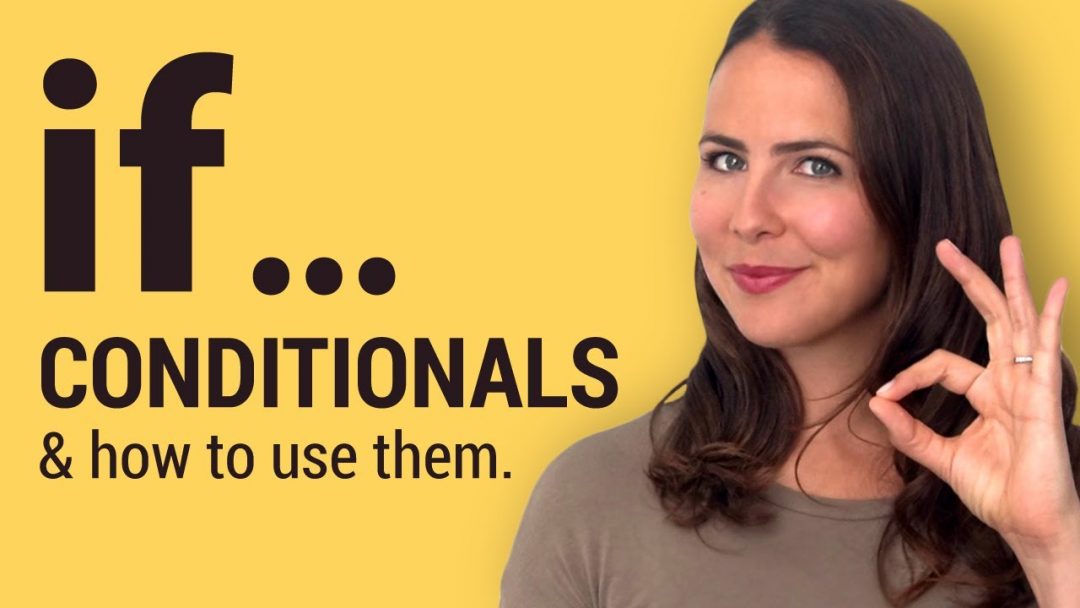 Video Transcript
Section 1
Hey there I'm Emma from mmmEnglish! Welcome to another English grammar lesson here at mmmEnglish. We're going to continue exploring conditionals which are one of the most interesting and exciting grammar structures in English, I think so.

This video today is going to help you to expand your understanding of the first and the second conditionals in English. I think you already know the basics, especially if you're a subscriber because you would have seen all of my lessons about conditionals, all of the links are in the description below.

Plus I'll also be talking about how to use conditionals without ‘if' which is pretty shocking, I know because ‘if' is the star of conditional sentences, you know. But actually, you can use other words in place of ‘if' as well so I'm going to go through all of that right here during this lesson.

Okay let's do a quick check together before we get started.

You know there are five different types of conditional sentences, you know that the basic form of all of these sentences is the same, right? We have an ‘if' clause and a main clause.

And the things that are different about these five types of conditional sentences relate to time and also to verb tense.

Now if you don't know any of these things don't worry about it but I do recommend that you check out this lesson up here. It's an overview of conditional sentences, it might help to jog your memory and get you thinking correctly about conditional sentences before we get started here.

So I want you to tell me. What's the difference between the first conditional and the second conditional?

So the best way to think about it is the first conditional is real.

We use it to talk about things that are possible in the future and there's a likely chance of it happening.

if + present simple, will + verb

So to make the first conditional, it's simple. We use the present simple verb in our ‘if' clause and we use the future tense ‘will' in our main clause so we use ‘will' along with a bare infinitive verb.

So notice that with all of these examples, these are real. They are possible and they're likely to happen in the future.

So we use the second conditional to talk about imaginary situations in the present so these are unreal situations. We also use it to talk about unlikely future outcomes as well.

if + past simple, would + verb

So it looks like ‘if' and the past simple in our ‘if' clause and then ‘would' with the bare infinitive verb following in our main clause.

Wait a second. These examples look pretty similar to the first conditional examples right? So with just a couple of little edits, we have subtly changed these results to seem less likely.

Suddenly we've got a set of hypothetical or imaginary situations and their results but those results are unlikely to actually happen right? Such is the second conditional.

So let's look at a couple of examples to help you out. So we've got

Now in the first example, this is real and possible. It's based on an actual situation. Just imagine that you are walking down the street quite quickly towards the bus stop because it's actually the exact time that the bus is supposed to arrive and there is a chance it's pulling up at the bus stop right now.

You're hoping that it's not because you're going to be late otherwise right? You still want to make it to work on time.

But in your head, as you're walking you're coming up with a backup plan, right, a plan B. Here's what you're going to do.

So this situation is based on a real-life scenario right. Something that is likely to happen.

There's a good chance that that bus has already come to the bus stop and you're not there.

But the second example in the second conditional, totally imaginary. Maybe I've got no plans at all to take the bus, maybe I don't even take the bus to work. Or perhaps I'm extremely punctual. I'm almost never late to the bus.

But for whatever reason, this thing, the outcome, is very unlikely to happen and we know that because we're using the second conditional.

So you can see how powerful this decision is right? The grammar structure that you choose influences the meaning of your sentence.

Let's do a few more examples together just to make sure you've got it.

So again imagine, imagine that you're baking and there isn't much butter left.

You can't be bothered going to the shops so I've got a plan. If I run out of butter, I know what I'm going to do and this is a likely event right.

Now this is a hypothetical situation. I'm not talking about a specific baking event that's happening now. I'm just talking about what I would hypothetically do if this ever happened to me while I was baking. I could be giving advice to someone who's asking.

You won't notice the difference.

So again, she loves dogs. Perhaps there's actually not many street dogs in her area which makes the outcome quite unlikely right?

Okay so this is the second conditional right and she's imagining what she would do if she had been born taller but she wasn't right? She can't change her height.

So this situation has to be unreal. So for that reason, be careful because we can't write a version of this in the first conditional.

There isn't a likely chance or a likely outcome where this would happen right? She can't change the way that she is, however, we can make a couple of changes to make it possible.

We can say you know if we're talking about a child who is still growing then it's possible right but we might have to change the verb and say:

Hopefully, you're starting to feel pretty good about the difference between the first and the second conditional right? But I've got one extra thing that I want you to keep in mind. So take a look at this sentence here.

Unless it rains soon, the lake will dry up.

Is it a conditional sentence? It has two clauses. It has a present tense verb in the first clause. It has ‘will' and the base verb in the main clause but it doesn't have the word ‘if'.

It actually doesn't matter. This sentence is still a conditional sentence.

Both of these sentences are okay. They're great but of course, the change affects the meaning of our sentence slightly. So we need to be aware of that.

1st and 2nd conditionals WITHOUT ‘if'

So you can definitely replace ‘if' with the word ‘unless' but the meaning is slightly different. It means if not or except if.

Check out some examples.

Besides ‘unless' and ‘if' we can also use ‘as long as' which is really, really useful if you want to set a limit or a condition on the expression.

‘As long as' is usually used with the first conditional because it's used when the result is expected.

So conditionals can be quite cool really, you can tweak and you can change them to help add extra layers of meaning in your sentence and the best way to become familiar with conditional sentences is to start writing them and to start experimenting with them and right now we're going to jump into a really quick quiz to help you put what you learned here today into action.

So I'm going to give you a few different situations and you're going to decide which conditional sentence is the best one for you to use. So I want you to write your answers down in the comments below so that I can come down and I can check them for you.

And if you're feeling up to it, try and experiment a little with ‘if'. Perhaps you can use one of the other words or expressions that we practised. As long as, unless.

Right so here's a situation.

So in the quiz, I'd ask you to pause the video just for a second to think about the situation but let's just do this one together. So this situation is pretty real, right?

There's a birthday plan next week. It's coming up soon. I also know that there's a pretty high chance I'll forget to buy a present because it's a really bad habit of mine. You can't really say that this situation is hypothetical, can you? There's a high probability that it will happen.

See that wasn't so hard, was it? Now it's your turn.

So pause the video and write your sentence.

Awesome work gang! I'm so proud of you for sticking with me all the way through to the end and for putting everything that you learned into practice right. It's the best way to make it stick.

And if this lesson was really useful for you, then share it with one of your friends who also needs to improve their English grammar. I'm here to help right, I've got new lessons here every week.

Make sure you subscribe, turn on notifications so that you know when there's a new English lesson here waiting for you and if you want to request a new English lesson from me, you are more than welcome to. Ask me down in the comments below and then maybe think about coming and joining me here in this lesson. I'll see you in there!