Some English words are hard to pronounce! So much so that native speakers say them wrong too! Although you might think native speakers are perfect, we're not! (See my EPIC lifelong pronunciation fail in this lesson!) 😅
Perfect pronunciation doesn't exist & our idea of what is “right” and what is “wrong” is biased anyway!

Clear communication should be your goal, not perfection!
So, let's practise! 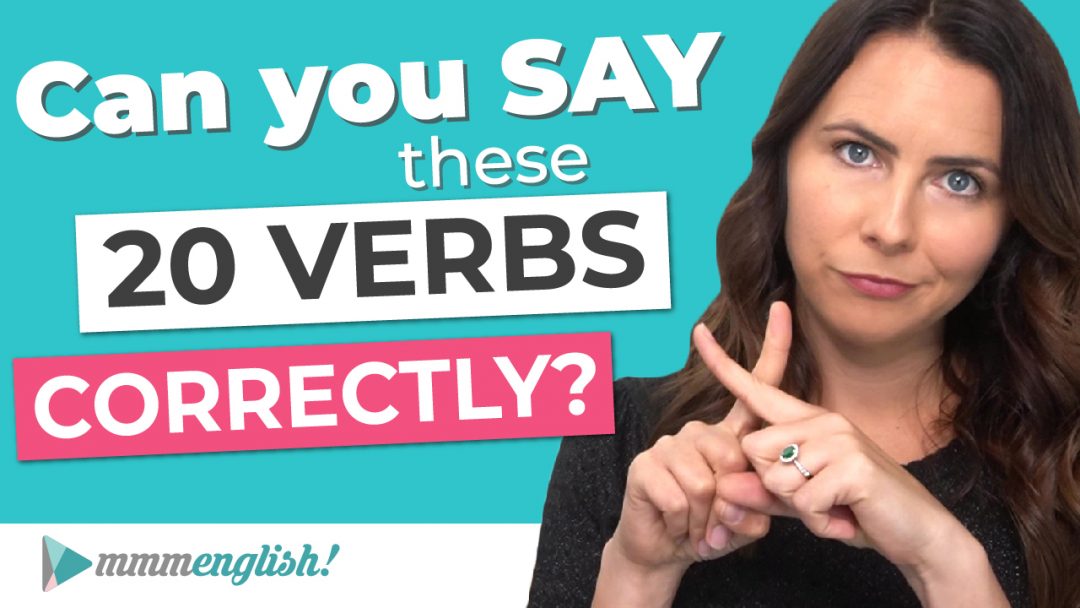 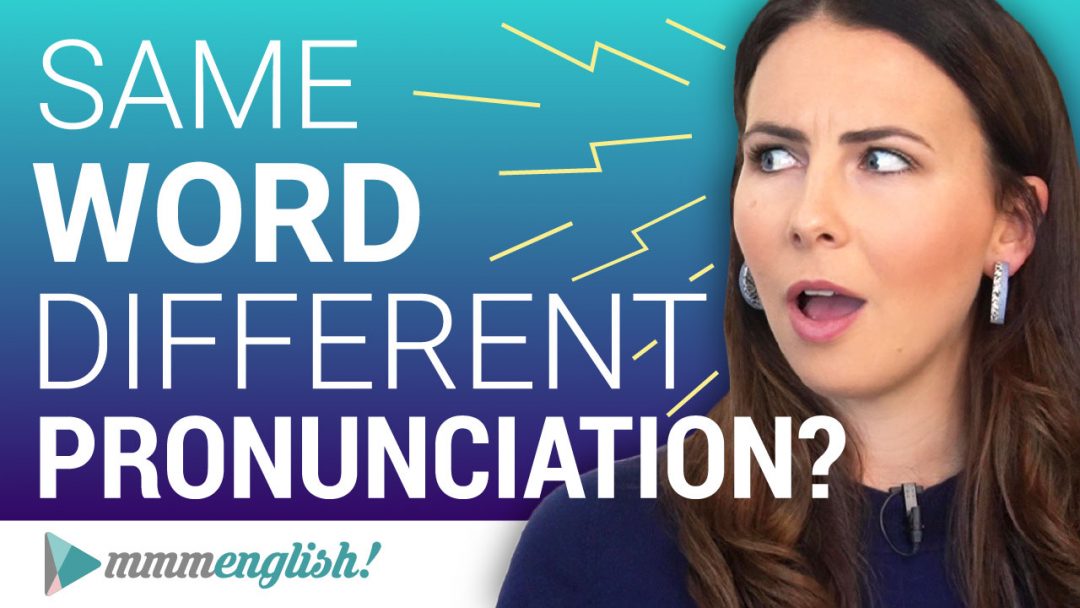 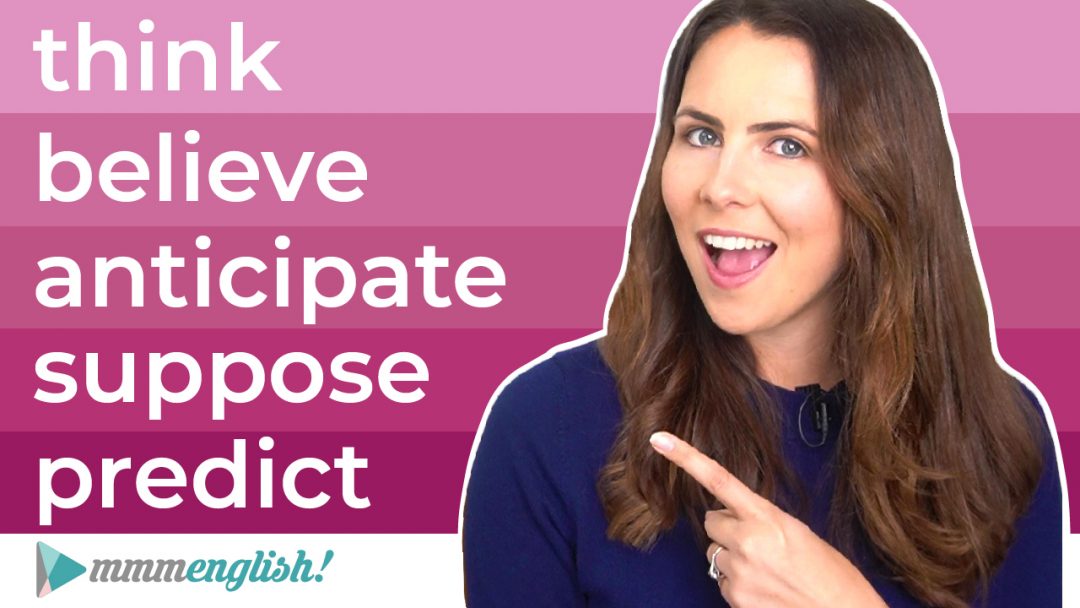 Video Transcript
Section 1
Well hey there I'm Emma from mmmEnglish! I don't know if you've started to notice yet or not but native English speakers sometimes disagree about the correct pronunciation of some English words and sometimes people can be really harsh about it unnecessarily. I always get called out if I say H (haitch) instead of H (aitch). Heaven forbid.

That said, there are some common pronunciation errors that native speakers make and I've got eleven of them that I want to share with you in today's lesson.

And spoiler alert, there is one that I have been mispronouncing all of my life.

Have you subscribed yet? If you love my lessons at mmmEnglish, then let's make it official okay? Hit that subscribe button down there and if you want to share this lesson with your friends or your colleagues please do, it always helps.

This is going to be an interesting lesson for English learners of all levels but especially advanced level students. We're going to focus on vocabulary and pronunciation skills today and this particular lesson is also going to be quite relevant to native English speakers who may have been pronouncing these words wrong for most of their lives, myself included.

Now the reality is that there are differences in pronunciation between English accents and different dialects and me personally, I don't really believe that there is just one single correct way of pronouncing a word in English, you know.

The most important thing is that you are understood even if your pronunciation is not dictionary perfect. All right? So keep that in mind.

But the noun pronunciation has that /ʌ/ vowel sound in there. Pronunciation.

I mean, you can see the different sounds right? And you can actually see that they are written differently as well right? The spelling's different so that's a clue.

This is the one that drives me crazy as an English teacher, I'm using it all of the time but I have to restrain myself when I hear other people pronouncing it incorrectly and this is my friends, my family members. It's pronunciation.

If you're a native speaker and you're hearing this for the first time, try and catch yourself the next time you use this word casually in a conversation. Listen to how you pronounce it or how other people around you pronounce it and I guarantee you, fifty per cent of the people will mess it up – it's that common.


So how about this one? The second one is the correct pronunciation. The first syllable sounds like ray so it's not that short unstressed sound. It's regime.


This one could be a little contentious but it should be pronounced as status not with the short vowel sound. Though you will hear native speakers say both and to be honest, look, I think it's so often mispronounced that it's just become pretty normal right? If it's not already an accepted pronunciation, it probably soon will be.


So I'm just going to draw your attention to that little /k/ sound right there okay? It's really important that you make that sound otherwise, you are saying the word pitcher.

So when this word is pronounced correctly, you will hear that sound. Picture. Not pitcher. Very subtle but this one is often mispronounced by native speakers.


This one quasi. My mind has been blown. I thought this was quasi. But then I looked it up in the dictionary and I'm quite wrong. I've been pronouncing it wrong my entire life.

I feel like this is so often pronounced as quasi. I'm sure that there are many native English speakers who are out there right now, realising the error of their ways just like me. Is your mind blown too?

Now if you're wondering what the heck is quasi anyway? Well let me explain it for you. Quasi is a prefix which means it is part of a word and it's added to the front of a word. Prefix at the front. Suffix at the back. But you can't use quasi on its own right? It always has to be together with another word and it forms a noun or an adjective.

And by adding quasi you're describing something as like that thing but not actually being it okay. So if I said:

It means that they appear to be religious but they're not really okay? So it's a very cool advanced English word or prefix that now we know how to pronounce correctly, don't we?


So this is spherical. Okay? So a sphere is an object that is shaped like a ball, a sphere. This is a sphere, three-dimensional and so it's really easy to see how this word is mispronounced right? It's an easy mistake to make.

Right? Well no actually, the adjective spherical is pronounced with a different vowel sound okay. And lots of native speakers mess that one up.


It's a pretty simple verb, right? But you'd be surprised how many native English speakers mispronounce it. I was listening to a podcast just a few days ago and someone was saying:

It's a habit that they've probably had since they were a child and they're probably not even aware of it, you know.

And to be fair, that consonant cluster is tricky even for native English speakers, you will often hear little kids mispronouncing it as well but it is ask.

And actually, that's not the only example of this pronunciation mistake either, it happens quite a bit with the /sk/ sound being pronounced as instead.

So espresso, sometimes some native speakers will say expresso which is incorrect unless I guess you are having a really fast coffee right? Super fast to go. An expresso.

But if it's just regular coffee, espresso is the way to go.


And especially. This one happens a lot, this mistake. A lot of native speakers will make this same mistake. So if you especially like espresso coffee you want to make sure you spend a little bit of time practising the correct pronunciation of espresso and especially.


Now this is two syllables only not three, okay? You may hear some native speakers making a little mistake there and adding a third syllable in.

Now, unfortunately, this pronunciation actually results in some spelling errors as well. So it's best to focus on the correct pronunciation right? So that you don't make spelling errors as well but this combination of consonants here is pretty tricky. So you might find that you're actually adding that extra little schwa sound in there, slipping it in to make it easier to work those two sounds in together.

This is actually incorrect. What you want to do is try and push those consonant sounds together, even closer and to practise it, this is great pronunciation practice for any consonant clusters, instead of adding a sound between the consonant cluster, just pause okay? So we have athlete.

Okay so don't open your mouth before you finish the sound. And then start bringing those sounds closer together. So keep your tongue touching your teeth at all times all right? First touching the bottom of your teeth then slipping behind.


Supposed and supposedly are both really interesting when we start to focus on the correct pronunciation. Supposed is usually used with the to-infinitive following so supposed to, supposed to do, supposed to be, all right?

Now native speakers actually take reduce it down. So it's really tricky to even recognise what the individual words are, right?

But when we move along to the adverb form supposedly well that's when native speakers can really start making a few errors right? That D is often mispronounced as a B sound.

And we use supposedly when maybe you don't agree with something but it's what some people are saying or believing in anyway.

Kind of suggesting that you don't really believe if it's true, you're not sure.

So there you have it, that was eleven English words that many native English speakers pronounce incorrectly. I wonder if any of them surprised you, quasi- was definitely a shock for me. I think I'm still recovering from it. I'm not sure how long it's going to take me to adjust.

Look, all in all, pronunciation errors are not a huge deal so long as you're understood, right? But my point today is that if you think that native speakers have one perfect way of saying a word in English, it's often not true.

Amongst native English speakers, we will bicker about the correct way to pronounce something, we do it all the time but the good thing is we usually just get by, right? We still manage to communicate with each other despite our differences and our disagreements.

Now if you haven't subscribed to mmmEnglish yet, please do, it definitely helps me to share my lessons with as many English learners as I can so hit that red button right down there and turn on notifications so that I can let you know when I've got a new lesson ready for you.

And if you're ready for a new lesson right now, well check out these ones right here. I'll see you in there!