In this lesson, I'll show you how to STOP using VERY 🚫& upgrade your English vocabulary. By avoiding this one little word as much as you can, you'll be forced to get more creative and activate other more interesting, intelligent & impressive English words instead! 😎

Watch to the end and complete the QUIZ! 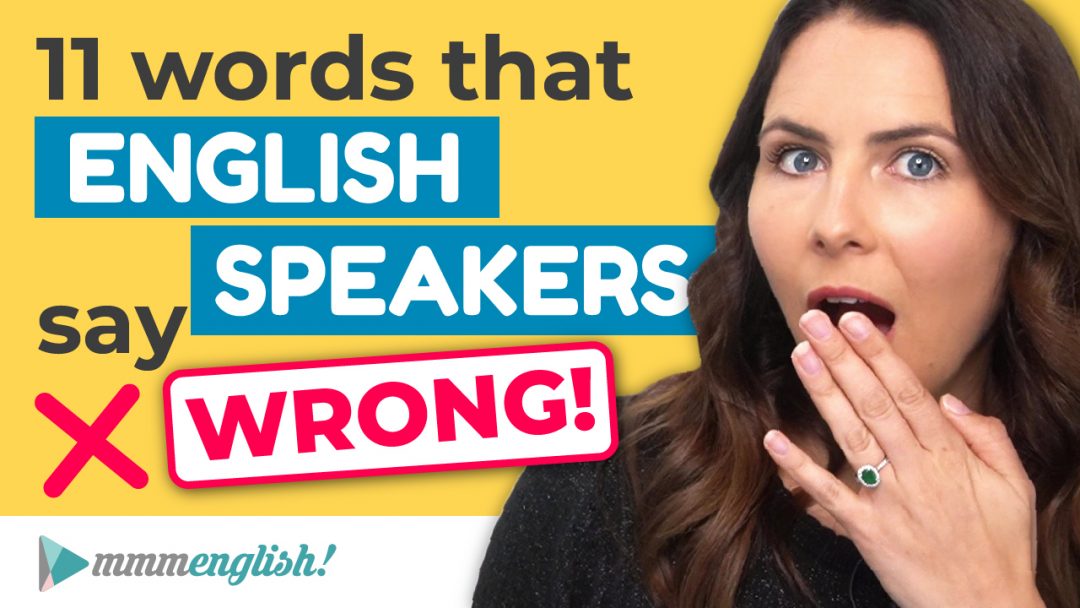 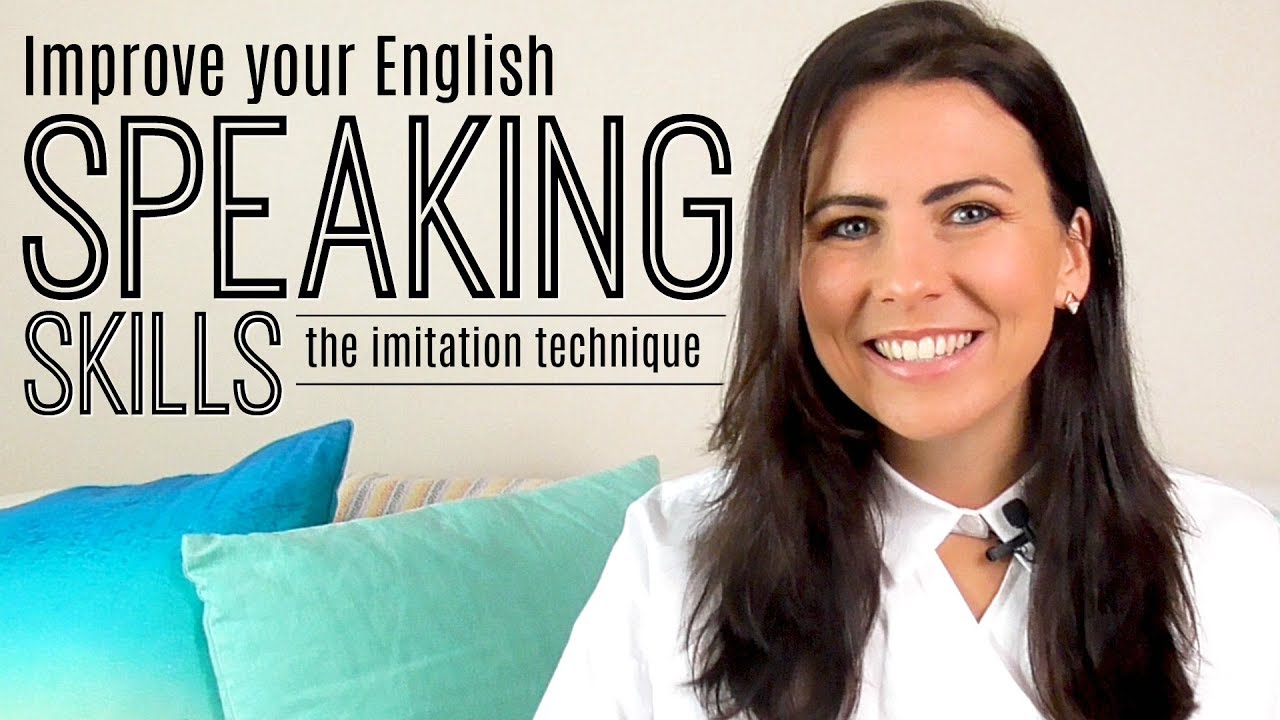 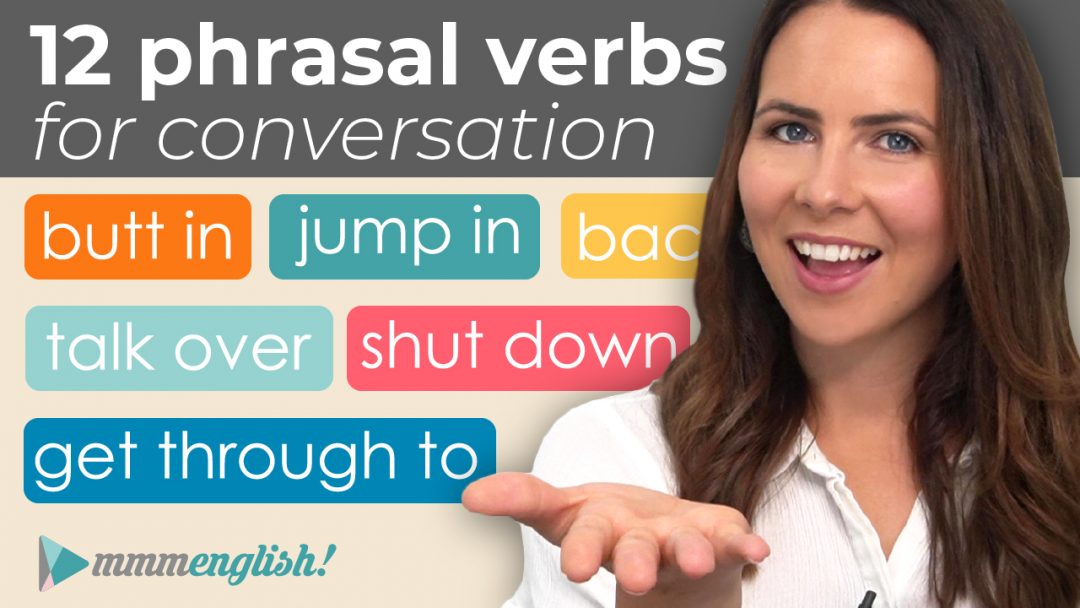 Video Transcript
Section 1
Well hey there! I'm Emma from mmmEnglish and in this lesson today, I'm going to help you to break some bad habits. Hopefully we can stop you from being  a little lazy at times with your word choice. There are so many interesting and intelligent ways of expressing your ideas in English.

In fact, we're going to take a lot of these kind of dull boring English words and replace them with better ones. More colourful, more impressive language.

We're going to be focused on expanding your vocabulary and as always, I've got a mini quiz for you at the end of this video to make sure that all these exciting new words actually stick in your mind and become part of your regular everyday vocabulary.

So hang around till the end and test what you know.

So we all have bad habits, don't we? And we tend to get stuck in those bad habits because they just become familiar and really easy.

So many of my students get stuck in the habit of using basic vocabulary because it's easy and yeah you can communicate your message with basic English vocabulary right and that's awesome.

But there's gonna come a time when either you notice or other people around you start to notice that actually you're just using the same words on repeat again and again. To be interesting, to impress and influence people, you've got to keep expanding your vocabulary and it's not just the vocabulary that you understand. It's the vocabulary that comes to you instantly as you're using it as you're speaking, as you're writing so we want to activate that broader vocabulary today.

And one surefire way to expand your vocabulary and sound more impressive as you use English is to use better adjectives, better descriptive words in your sentences.

And you can train yourself to stop using really dull and boring adjectives just by avoiding one little word very. Very happy, very good, very bad.

And a little hint. Some other words that you might be using with dull adjectives are words like so, such and really.

And the cool thing is, this one simple rule will help you to become more conscious and more aware of the words that you choose when you speak and this is really important because using very regularly is a habit that you need to break.

So then I said he was very…

Maybe it's too late to fix it in that moment but you will be more likely to remember next time and to change the words that you're using and that's really what being conscious of your mistakes means. Being aware that it's happening and this will help you to change your behaviour. If you practise this skill while you're writing, you have the opportunity to think of a better word in that moment or even look one up and grow the vocabulary that you're using that way.

So let's start with very happy.

Now there's lots of different ways to express this idea in English, isn't there?

If we look at some examples we should be able to make it a little clearer when to use each one.

We can add more meaning by saying:

We could say that she's thrilled especially if she's really happy and excited.

We can say she's ecstatic or she's elated and that's even stronger again. That's joyful excitement you know, an overwhelming feeling of happiness in a really positive way.

So if you want to add even more meaning, choose one of those two.

There are so many better and more meaningful ways to say that you're very sad and I think this lesson is gonna be like a roller coaster it's gonna be full of highs and lows.

So as you start expanding your vocabulary, you really need to become more aware of the little nuances between words like heartbroken, devastated, disappointed and dejected. Because all of them are more meaningful ways to talk about that feeling of being very sad.

So in this context, she left him means that she broke up with him. So he's probably heartbroken and heartbroken is the perfect adjective to use when love is involved in sadness.

You could also say that he's devastated too, especially if he wasn't expecting it you know, and it was a bit of a shock.

So when you have sadness together with shock and surprise, these emotions together, devastated is a really good choice.

Let's look at a different example.

But you could also say that Sarah looks dejected. Using dejected suggests that in that moment, she's lost hope that she'll ever compete again. It's that sad, she's just lost all hope.

There are several other really great words that you can say if you're very sad. You might use:

I mean you're gonna have so much fun with a thesaurus but the trick with these new words is studying how they're used, making sure that you're using them accurately with the appropriate verbs and prepositions that they often get used with.

And the second thing you need to be aware of is the context in which they're used because those nuanced meanings are ever so slightly different and makes one more appropriate to use in one situation while another perhaps not.

A great way to practise this is to write sentences using these words down in the comments below so that I can check them for you, help you to choose the right one for the right context and that sentence when you're practising with this activity, it can be really simple.

It can just be he or she looked with that adjective because and then include a short description of the situation.

Very good should be banned because instead, we can say:

All these words are so similar, you can use them in almost any situation.

Okay brace yourself. We're going down again, we're gonna think of some alternatives for very bad. Can you think of any because there are lots of them? I'm sure some are popping into your mind already.

You can do that with all adjectives whether they're positive or negative adjectives to add even more meaning.

Disgusting can be used when food tastes really bad or when something smells really bad.

If you're talking about someone's behaviour and you're saying that they behaved very badly, you might say that their behaviour was atrocious.

I love that word, atrocious. There's not a lot of things in the world that are atrocious but it is a very good adjective to use when you're saying that something is very bad.

If you catch yourself talking about something that is very big then you can replace this kind of average adjective with a more sophisticated one like:

We walked through a very big gate at the entrance.

Can you think of a better way to say very small?

Let's keep going. What can you think of that's very dirty? Your kitchen, your dog after it's rolled in dirt.

Filthy is a great word for very dirty.

If you're talking about a room or maybe a car that is very clean, you could say it was:

And we can definitely improve on very pretty, can't we? And I'm sure, absolutely certain that you have at least one alternative in mind.

Hopefully, it was beautiful but we can also use:

And lastly, as we come off the high of very pretty of course we need to have very ugly right.

So instead of very ugly, you could say hideous. So it's not heidis which is a common mistake that I often hear my students make. It's hideous.

And you can also say grotesque.

Now obviously, I don't need to remind you again but I feel like I have to, these adjectives are extremely strong and negative so please don't use them to describe people. That's awful!

Just because people have lots of money, doesn't mean they have good taste, right?

Okay so it's time to test everything you know with a little quiz, I'm going to read out a sentence and you need to improve the words that are highlighted in the sentence.

There might be more than one option that you can choose from so that makes it a little bit easier but I'm going to go through them quite quickly because I want to test your recall, I want to test how quickly are these new words popping into your head all right?

So we're going for speed this time.

Usually your car's full of rubbish, but today it's very clean!

A very ugly monster emerged from the cave.

Have you seen her engagement ring? It's very pretty.

We were very sad to hear the fire destroyed their family home.

They're getting married this afternoon but unfortunately, the weather looks very bad!

Look at the queue of people waiting to get in, it's very big!

It rained the entire weekend we were away camping, so when we got home on Sunday, everything was very dirty.

They suggested we meet them in France which, I thought, was a very good idea!

John and Kate were very happy when they found out they won the grand prize!

Another really great way of practising these adjectives is if you have a speaking partner that you practise speaking English with regularly or maybe you have a tutor or someone else you meet up with ask them to listen out for very. Every time you use very when you're speaking, ask them to stop you and let you know that you've used very and give you the chance to think of a better word to describe that situation or that thing.

There is no better way to improve your vocabulary and the way that you're using it than to stop in that moment and get you to self-correct, correct that or improve that adjective as you're using it.

I hope that you enjoyed this lesson. If you did, make sure you subscribe by hitting the subscribe button just down there. I make new mmmEnglish lessons every week. In fact, here's a couple that I prepared earlier. I'll see you inside the next one.