This video holds the secret to understanding fast-talking native English speakers!
Download the free PDF worksheet 👉 https://www.mmmenglish.com/englishreductions/ to help you study and practise!

Learning the most common English REDUCTIONS will help you to understand fast-talking native speakers!

📝 At school, you learn how to pronounce sounds perfectly and complete full English sentences – but out in the real world, the words you learned in the classroom SOUND DIFFERENT! Fast-talking English speakers often connect words and delete or change sounds when speaking natural pace – so what you *expect* to hear and what you *do* hear can be quite different!

In this week’s video, you’ll learn 30 of the most common reductions. Words and expressions that you hear every day, in every English conversation, that sound completely different to what you expect.

📹 Watch the video, say the words with me, and be sure to download the free workbook too. It’s packed with everything you need to know about this lesson – the reductions, the phonemes, example sentences, and the extra practice activities! 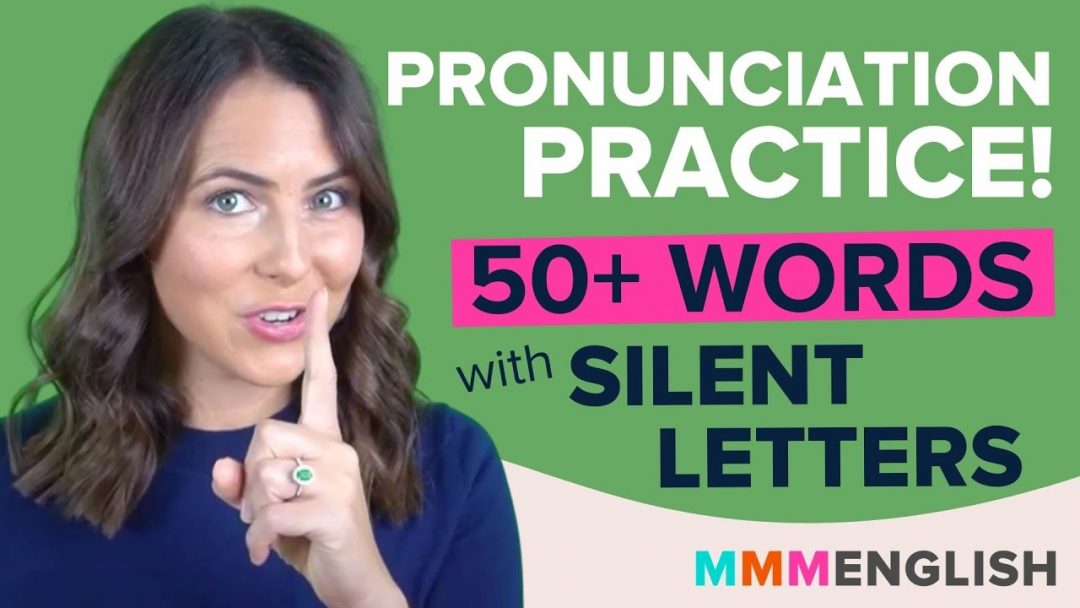 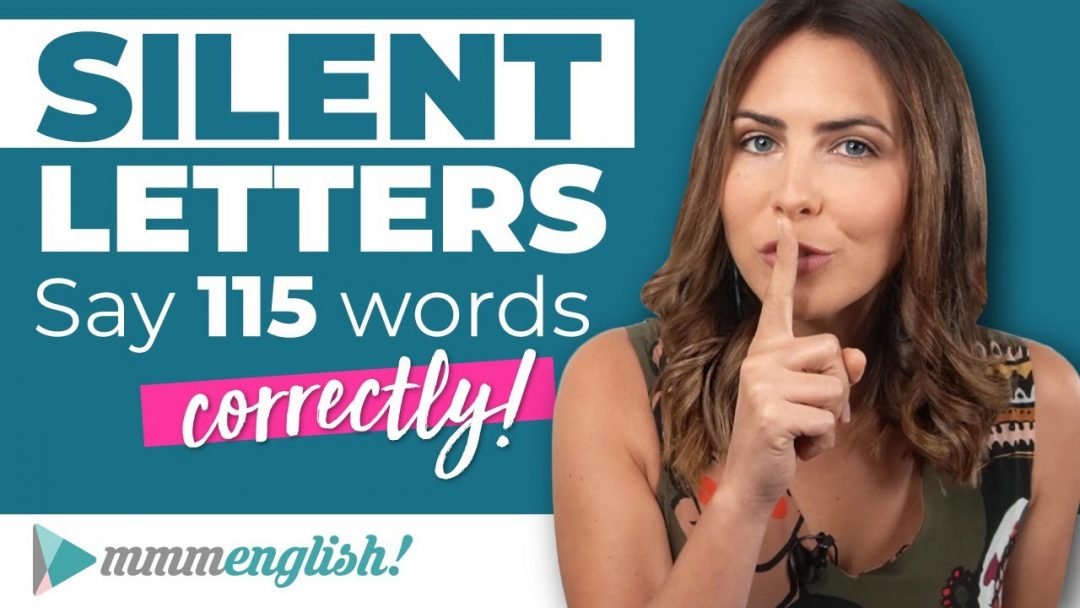 Video Transcript
Section 1
Well hey there I'm Emma from mmmEnglish and this is a lesson I'm excited about because we're going to be working on your listening skills, especially to help you understand fast-talking native English speakers.

The secret is reductions. I know that for so many of my students, it is hard to understand native English speakers in real life, when you're watching movies or you're watching TV because some of us speak so quickly.

I'm going to help you to practise hearing them but also practise using them if you want to.

You'll also find a PDF download with all of the expressions that we'll practise in today's lesson including the pronunciation notes and some example sentences that you can practise with at home.

There's also the answers to the quiz which is going to be at the end of this video so make sure you stick with me until the end, grab the workbook, the link is down in the description below.

What makes listening to native English speakers so hard? I think there are a few different answers to this question but one in particular that I want to highlight for you is that you learn English at school like this:

What are you doing this afternoon?

And then you go out into the real world and you hear this:

What are you doin' this arvo?

The sounds that you associate with these words here need to adjust, don't they? You need to teach your brain to recognise the sounds and to associate them with the words that you already know so that your brain's not hearing something strange but then sifting through your head going:

We just need to train your brain to hear ‘sarvo' and associate it with this afternoon. To be fair, ‘sarvo' is a very Australian expression.

So let's get started with some really common greetings that often get reduced.

This is like how is life going? How are things going? I hope, you know, you're well – it's a really common greeting that we use all the time.

That R is completely dropped, right? Well, you might hear a little schwa,

How are you going?

And notice as well that that -ng sound at the end drops.

Let's listen one more time just to get used to those sounds of these really common greetings.

You is one of the most common English words. We use it all of the time in lots of different expressions and it's often unstressed so it often sounds quite different.

But we also say whatcha?

But here's the thing, ‘what do you‘ and ‘whatcha' can also mean what are you?

Let's talk about where do you.

So we've got do and you, both of the vowel sounds reduce to the schwa and they connect, don't they?

We can also use that sound like we were practising earlier. Instead of ‘where do you'. Where do you want to go?

And if we just look at do you, it can sound like do ya. Do you like it?

This one is even more connected than the previous one, isn't it? Can you hear how ‘do you want to' when it's said really quickly, it sounds like Do you wanna?

Could you becomes could you.

When we're talking about reductions it's really common for vowel sounds to reduce to the schwa sound so they become unstressed, softer, lower in pitch and so with the verb have, we have the vowel sound that we learned, right?

But it's reduced down to the schwa. So when you look at should have, we reduce that down it becomes should have or it's also common that that V gets dropped as well in spoken English so instead of hearing should have, you just hear the schwa sound as have, should have.

It's the same role for would have, you might hear would have or woulda.

Could have becomes could've or could've.

Now I want to draw your attention to what's actually happening here. The reduced word is the same, have, but the reduction and the way that it sounds often changes depending on the letter that comes after it.

So in this sentence, the word after might have starts with a consonant sound, right? So it becomes might have, the ending is just a schwa.

But you will also hear might have, just like we were practising with the other modals with have. Might have. If the word starts with a vowel following then we hear that sound.

Now what is so interesting about these modal verbs with have, could have, should have, would have, might have, so with all of these reductions the word after have impacts the pronunciation.

Now I've got one last little hint or tip that I want to give you about this might have or might have, it sounds like might of which is grammatically incorrect. This is a mistake that lots of native English speakers make too.

Might of is not actually a correct phrase or statement in English.

It's not might of but might have. Speaking of of, let's talk about some reductions with of because there are several really common ones that I want to share. When of gets reduced, it reduces down to the schwa.

So listen out for them.

We have kind of becomes kinda.

Sort of becomes sorta. You hear that flap T, sounds more like a D in my accent.

Out of becomes outta. You can hear that flapped T again in my accent, outta.

A lot of becomes alotta.

Got to. Gotta. Again, that flap T.

Want to. Wanna. Hear that T? It's completely gone. Wanna.

A little less common but you'll still hear it. Ought to.

That kind of sounds a lot like order, right? This is why it's tricky.

You hear the verb give and let used with me all the time in English. Give me or let me do something.

Now because these are such common expressions and combinations, we get really lazy with the sounds. Give me. Let me.

So we just drop the end part of both of those verbs, you don't hear give me, gimme.

How about this one? Don't know. I don't know.

Again because it's so common you might even see this written dunno.

Them can sometimes be reduced right down to 'em. We don't hear at all.

In the same way that them gets reduced, him and her can often be reduced down as well so you don't hear the sound.

You might just hear: I'll get him. Or I'll get her.

Do you know this one? How does it sound when it gets reduced down? Because.

I won't make it tonight because I've got a birthday to go to.

Try it. Because. I've got a birthday.

This little challenge is gonna be a really great way to practise listening and hearing the new sounds and new ways of pronouncing the expressions that we went through today.

So get a pen and paper ready, write them down as we go. Let's do it.

So how did you go? Do you feel pretty confident about all of those expressions that you heard? If you want to check the answers, make sure you download the pdf that I made that goes along with this lesson.

You can download it using the link right below in the description. The cool thing is that once you do that I'm going to send you all of the PDF's that I make for all of my lessons here on Youtube so you'll never miss out!

I really do hope that you found this lesson useful and if you did, make sure you give it a like, that you bookmark this page or maybe even save the video, whatever you need to do to keep practising and keep reviewing these sounds and if you want to find out more about connected speech and linking words,

I've got a whole series about that and you can watch it right here. I'll see you in the next lesson.