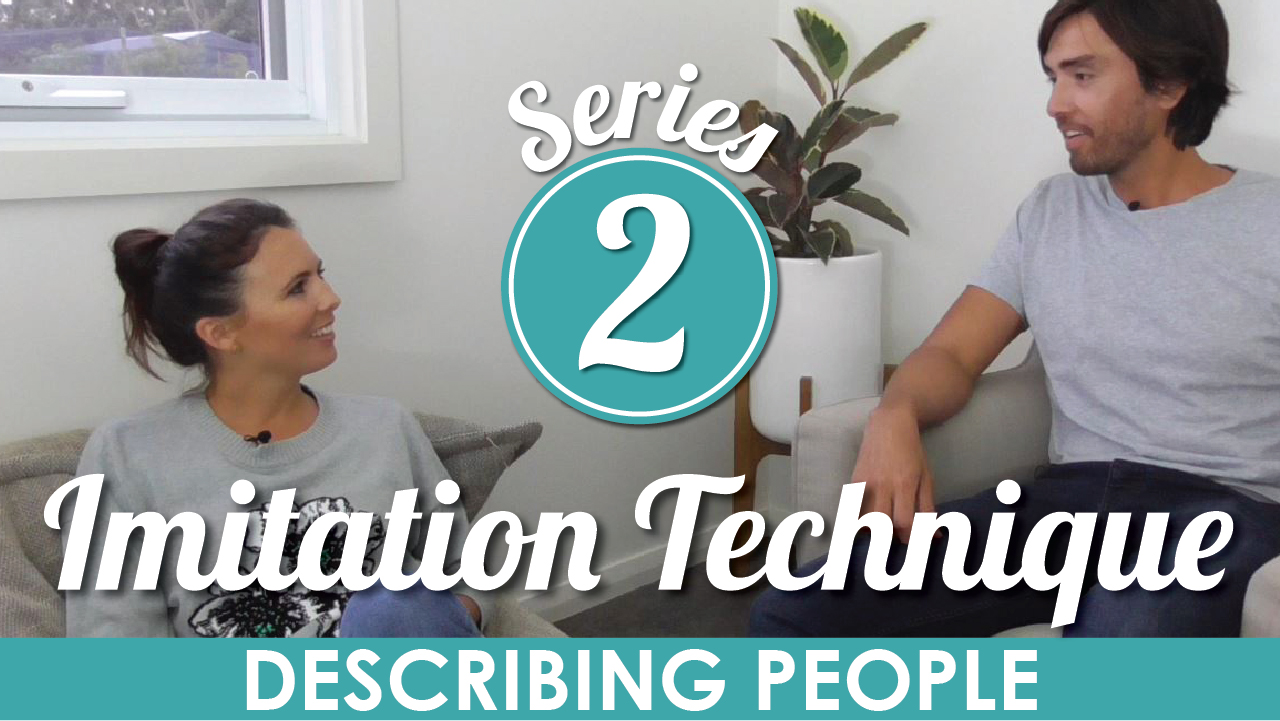 Using the Imitation Technique to practice your English with a native speaker helps you practice a whole lot of English skills at one time.

These lessons will help you improve your English pronunciation and expression by training with a native English speaker! You’ll learn new vocabulary and expressions, practice correct pronunciation, intonation, stress and how to use interjections naturally while you speak.

You’ll practice what to say (words and expressions, idioms, phrasal verbs and interjections) but also, how to say it (pronunciation, intonation, stress, tone, facial expression). These lessons allow you to practice English in context – inside a conversation!

By practising with the imitation technique, you can dramatically improve your English communication skills.

If you want to get the best results, we have created additional pronunciation training to supplement these lessons. This training can be purchased with the Imitation Lessons HERE.

We do this a lot, don’t we? We talk about our friends, our colleagues, our family, strangers that you sat next to on the bus!! Being able to describe people well is an essential part of speaking English! Throughout all of these lessons, you’ll learn lots of adjectives and expressions to help you do this.

Lesson 1: “What’s her boyfriend like?” Emma has just met her cousin's new boyfriend and she is describing him to Shah.

Lesson 2: “It's funny you should say that…” Emma is describing her experience at the vet, where the staff were calm and supportive in a stressful situation.

Lesson 3: “Don’t you hate it when…” Emma is frustrated by a woman who pushed in front of her in a queue!

Lesson 4: “I met the most amazing person today.” Emma has been so inspired by the story of a woman she met at a conference.

Lesson 5: “I thought you two were getting along?” Emma is surprised to learn that Shah and his new manager are not seeing eye to eye.

Lesson 6: “He sounds exactly like my brother!” When Shah is talking about a new colleague, Emma explains that he could be an introvert, like her brother.

Lesson 7: “I have a friend who’s just like that” Emma is complaining about her impatient Uncle and Shah describes his friend, who is very similar!

Lesson 8: “What ever happened to” Emma is describing the old man who works at her local cafe.

Lesson 9: “Isn’t it weird how” Shah is describing a friend, who has a very different opinion about food!

Lesson 10: “Don’t you hate it when…” Shah is frustrated by a woman who pushed in front of him in a queue! 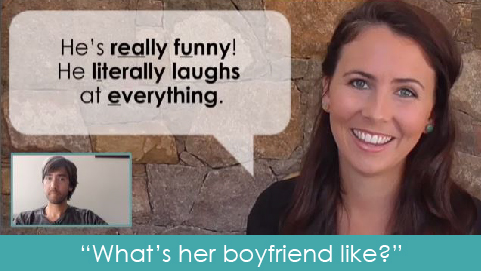 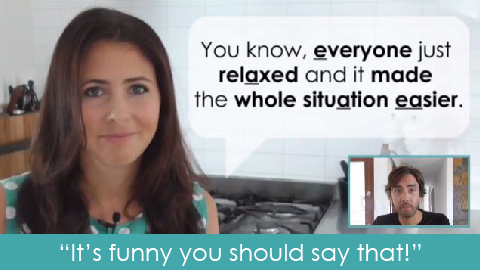 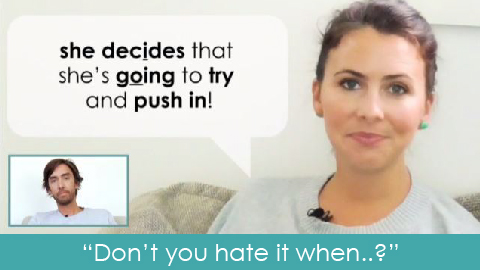 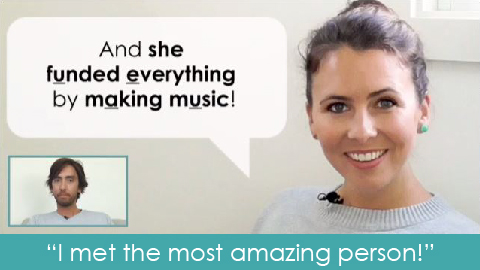 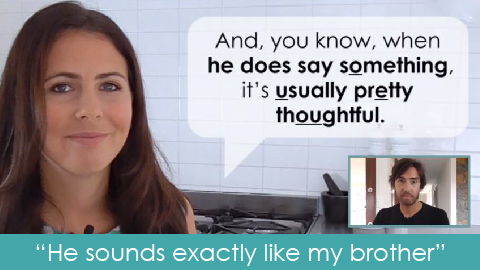 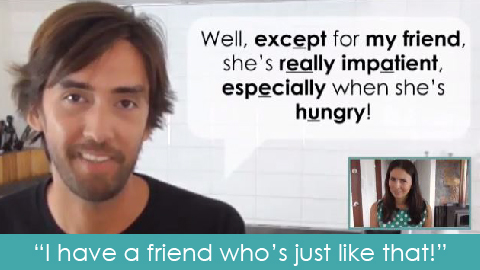 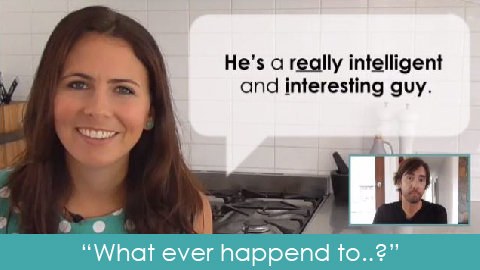 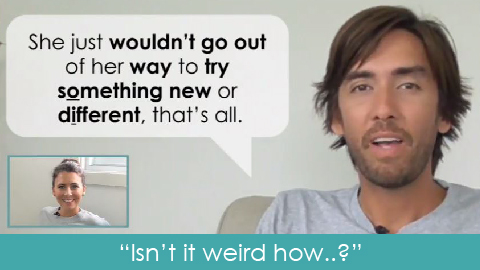 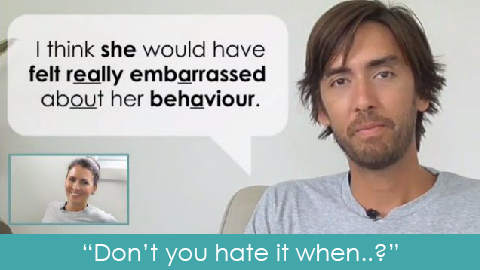